8 Questions on the PFT's Victory in the PA Supreme Court 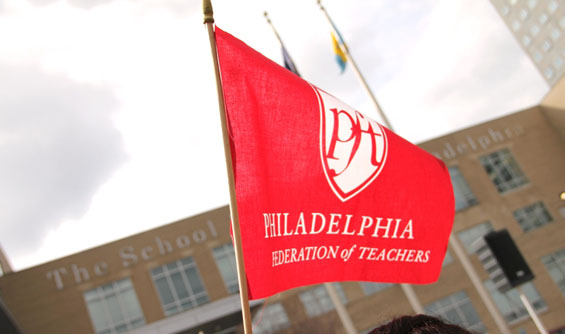 On August 15, the PA Supreme Court made their long-awaited ruling that the School District of Philadelphia could not use Act 46 to cancel the teacher’s contract.  This decision was a huge win for the PFT.  The membership should thank Jerry Jordan, the other members of the union leadership and the PFT lawyers for their efforts that resulted in this important victory.

Now that we can all breathe a quick sigh of relief, our membership needs to build on the momentum of the court’s decision--and that includes understanding every angle of the decision. As we move into the next phase of our protracted battle with the district, here are 8 questions rank and file educators are asking about the decision:

1. Does this ruling apply to all bargaining units? The ruling constantly uses the term “teacher’s contract” as the “pivotal phrase” to the case (15). But the PFT is made up of many bargaining units, including counselors, nurses, paraprofessionals and Food Service managers. While it seems small, these union brethren could be unnerved by the wording.

RESOLVED! From PFT President Jerry Jordan: "It includes all members covered by the PFT contract. The Supremes ruled that the SRC CAN NOT cancel the contract.”

2.  What about the teachers illegally transferred or hired under illegal site selection? After suspending the contract, the SRC created a chaotic, “Hunger Games” style hiring system. Now that the courts have ruled, what is the status of teachers transferred or hired within the framework of the SRC’s illegal actions? Can staffing assignments be adjusted to more closely reflect placements prior to our status quo contract, or will the SRC merely course-correct going forward?

3.  Do we have a play to challenge Act 46?  On page 23, the court writes “Indeed, the Union and Amici aptly explain that investiture in the SRC of a unilateral right of cancellation, particularly while depriving employees of the right to strike, see 24 P.S. §6-696(l), so diminishes the Union’s position that the term “bargaining” would no longer seem to be a fair depiction of ensuing discussions between the parties.”

Act 46 has been a disaster for Philadelphia. The PFT was significantly weakened while the funds from the state were short-lived. Is the Court hinting that they would be interested in challenging Act 46’s unjust provision that prevents a strike?

4.  What is our tangible bargaining position? The court writes “According to the Union, moreover, it already has offered substantial concessions at the bargaining table in recognition of the District’s financial circumstances.” (18)

Our members have suffered terribly due to the loss of step raises. Others are struggling without cost-of-living increases combined with the burden of buying basic supplies and materials. What “substantial concessions” are being offered? Are we demanding back pay for lost step increases? Are we demanding teachers are returned to the step they would be on if the contract had been in place?

PFT President Jerry Jordan told The Public School Notebook “We have been clear that we need to have steps restored and annual raises”. For teachers struggling to make student loan payments, the meaning of “restored” is everything.

5. How will we receive information on the contract in 2016? The District is now forced to negotiate. Updates on these negotiations should not come solely through The Notebook. What should building representatives tell their members on the first day of professional development? How will we receive regular updates from the negotiating team?

7. What about the kids? How are we going to highlight all that we include in our contracts that directly affects our kids?  For example, class size, potable water, safe working conditions, etc.

This is a must for getting the public on our side during contract negotiations.

8. How do we carry this positive momentum into the school year? Despite this win, many teachers will go back to school angrier and poorer than last year. How do we take this and help schools build power beyond the offices of our attorneys?

Why are we asking these questions? Because we can’t argue or advocate without ammunition, and that means we need information about what comes next. Open discussions, feedback and timely communications are our friends. Talk about these issues as you return to school, ask your building reps for their opinions, and take these questions to your regional PFT meetings in the fall.