About Those Election Results

[Update: The vote tally is complete -- the Collective Bargaining Team took the majority. We congratulate Jerry Jordan and all of the candidates elected to the next term of leadership. Thanks also to everyone who voted in and volunteered for our campaign. We look forward to our continued work together!]

Here’s a question we have been asked more than once since this election started:

Why did we decide to run for PFT leadership?

We didn’t do it for the money, or the recognition, or the office on Chestnut street.  We did it because we want the PFT to be stronger, and this work was the best way to make that happen.

To be clear, we organized to win this election -- and we're excited to get the results. But our campaign was about so much more than just asking for votes. We believe that the true power of our union lies with the rank and file, so we seized this unprecedented opportunity to connect with educators across the district. Whether it was in schools, on the phone, or online, we got people talking and we listened to what they had to say. Here’s just a few things we learned:

These lessons directly influenced our election campaign as well as our plans for the future. Here’s a preview of the next phases of our work:

So where’s the election results? We will share them as soon as they are made official on Wednesday, 2/24. After that, the Caucus of Working Educators will be moving forward with our work -- no matter the results of the vote.

If you’re not yet a member, join us today and support the work. Watch your inbox for announcements about upcoming events. And by all means, come celebrate with us on Saturday, February 27th at our Election Party -- for everything we have accomplished together, and everything that we will achieve in the future. 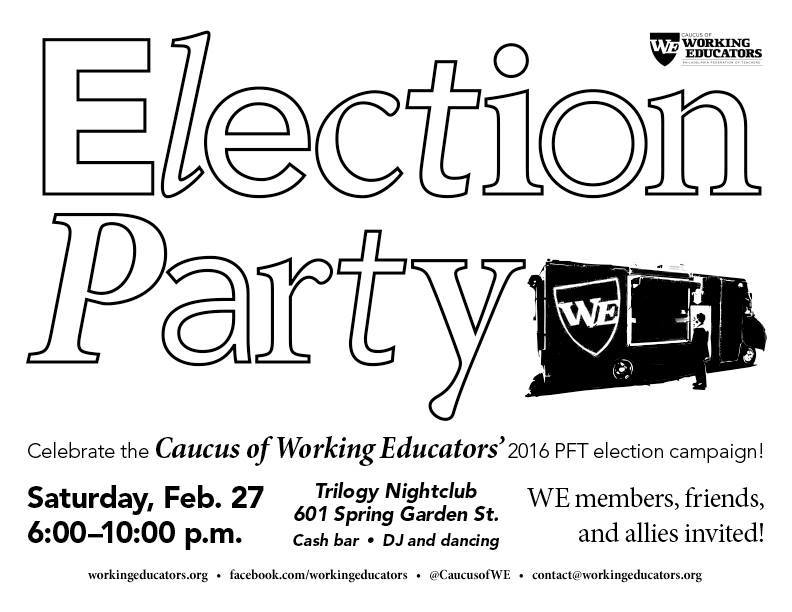