Building Rep's Corner: How can I overcome apathy in my building?

Welcome to the Building Rep's Corner, an advice column for union leaders written by experienced PFT building representatives. If you have a question you'd like to ask, or would like to contribute a column, please email us at [email protected]!

Dear Building Rep’s Corner: With all the other challenges in the school day, I have trouble motivating members in my building to get involved with union issues or events as well. What can I do?
Sincerely,
Apathetic in Philly
~ ~ ~
Patrick Sommer, Autistic Support Teacher and Building Rep, Greenfield Elementary

I do not know how much of an expert I am, but I will share my experiences with you. I'm entering in my 21st year of teaching and have witnessed staff interactions towards the building rep each year. I try to participate in as many pertinent activities as I can and encourage colleagues to do the same.

Some people are so fed up that they do not even want to hear any details of what is going on or what they can do.  Some people say that they just wanted to vent, when they complain and I try to offer possible solutions or tactics that could lead to a solution down the line. Many feel powerless.

I tell people that I recognize that everyone can not partake in everything, but I find it hard to believe when people have an excuse at every turn to participate.  It's not that hard to get a good number of colleagues to do informational picketing before school starts (especially if there's coffee and donuts), but, as you've seen, it's hard to get people to canvass, phone bank, etc.

I try to share as much information as I can with our colleagues through email and face to face connections. I would say that talking to a colleague one to one, or even in a small group, such as those with the same lunch/prep time works better than the mass emails, but the emails are still important, especially for those that you've already been able to talk to one on one.

It's still hard.  People are frustrated and scared.  With all positions being site selected and leveling being site selected (as principals simply need to write a "compelling reason"), people are afraid to be removed from their current position and forced to interview for a job for a position they were already interviewed for years ago.  Some people state that what they do doesn't matter and that the powers that be are going to do whatever they want to do anyway.  There are other reasons too, of course.  If someone is willing to talk things through with someone who is active, then there is a chance to change that person's perspective. 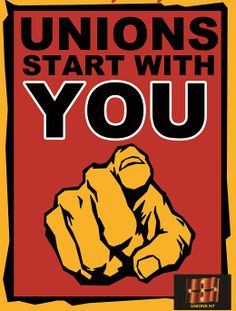