Take Our Pensions out of Pipelines: #PSERSdivest 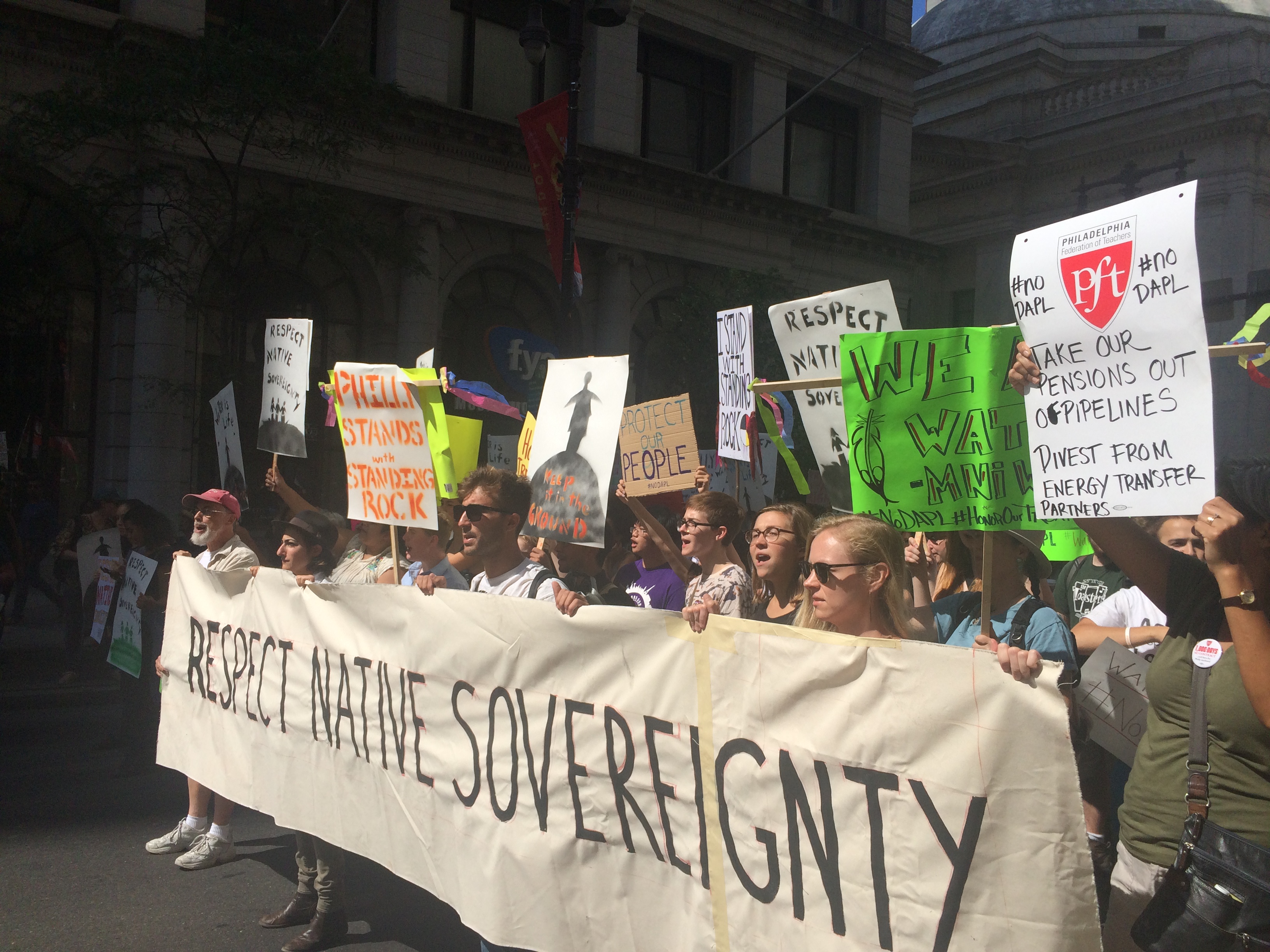 This message is from Anissa Weinraub, a teacher at the Academy at Palumbo.

Attention All PFT members: Our PSERS pension is funding the violation of human rights, Native American land rights, and the potential poisoning of our national water supply. Here's how to tell PSERS to divest from the Dakota Access Pipeline:

Out in North Dakota, members of the Standing Rock Sioux Tribe, joined by hundreds of other Indigenous people and environmentalists, have been staging a historical blockade protest to stop the building of a $3.8 billion oil pipeline that would slice through sacred ancestral land, as well as potentially pollute the Missouri River and poison the drinking water of thousands of people.  They call themselves #WaterProtectors and over the past several weeks they have built momentum, getting national and international attention for their demand to stop the Dakota Access Pipeline -- #NoDAPL.

This past week, in a brutal scene reminiscent of the violence unleashed against Civil Rights demonstrators, security guards for the pipeline construction company pepper sprayed and sicced vicious attack dogs on the non-violent Native Americans attempting to obstruct bulldozers from destroying sacred sites.

Will Bunch wrote an article in the Inquirer showing that Pennsylvania tax dollars are funding one of the Pipeline’s investors, Energy Transfer Partners.  The majority of those shares are held by PSERS, the holders of our teachers’ pension.

As I don’t believe that my own financial security in retirement should be made through the plundering of Native American land, the poisoning of future generations’ water, and the destruction of the environment at the hands of the fossil fuel industry, I wrote to the PSERS office to demand that we no longer invest in ETP.

The response I received was deeply troubling:  “The mission of PSERS is to maintain a financially sound System.... It is not to assert our influence to promote a moral, political or social agenda, no matter how worthy a cause may be.”

Well, I disagree.  That is exactly what I believe we aim to do as educators --  assert our influence to promote a society in which human rights trump a corporation’s profit.

I implore you to take three short minutes to tell PSERS that you do not want our money invested in Energy Transfer Partners.  Go to their online form. If you want, you can copy and paste the message below:

PSERS is invested in a horrible company, called Energy Transfer Partners. This company is currently trying to build an oil pipeline that would endanger millions of people's water supply. Already, ETP has viciously attacked Indigenous/Native Americans who are trying to protect the water, and has also bulldozed Native ancestral burial sites. I demand that you pull our teachers' pension money out of this company. Thank you.