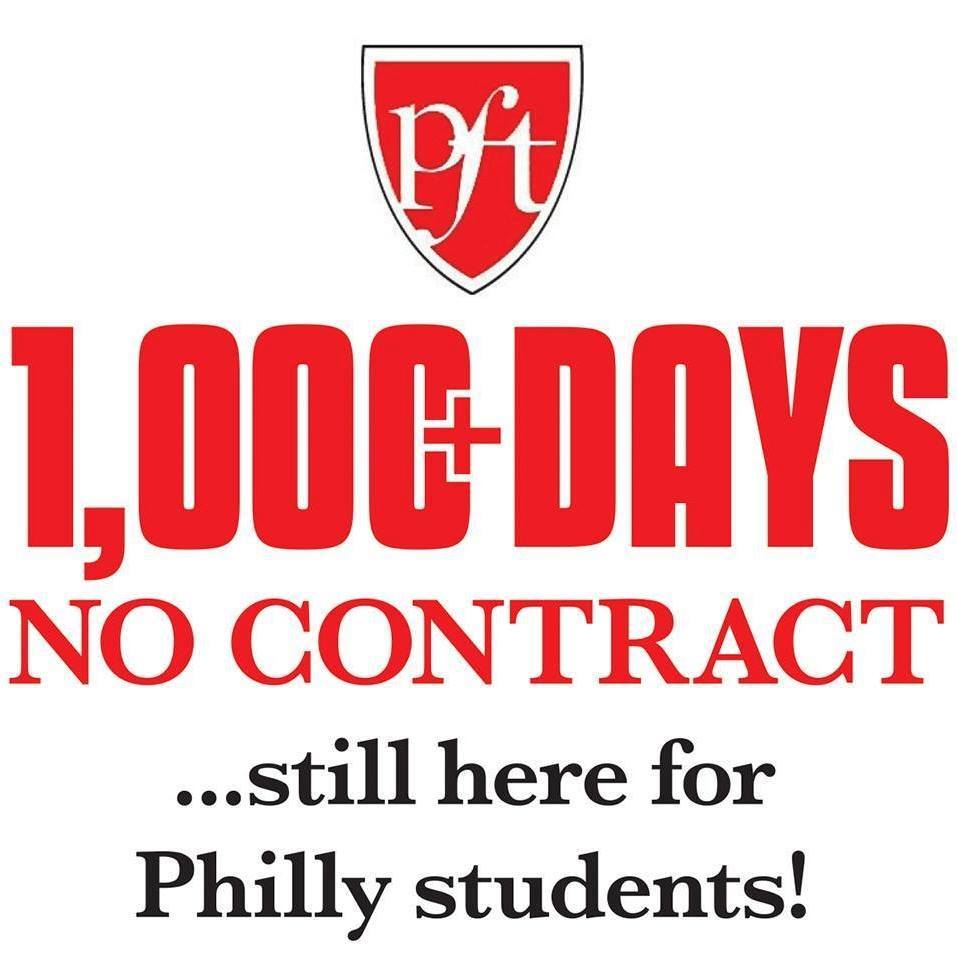 As of this Tuesday 7/26, it will be 1,060 days without a contract for the Philadelphia's public school educators. With the Democratic National Convention in town, the eyes of the nation are on Philadelphia. In addition to getting out on the street to make our voices heard and show solidarity with our colleagues in justice, we also have an opportunity to make waves on social media, especially Twitter.

On Tuesday, the convention will focus on issues for communities, children, and families. Let's take this opportunity to highlight the challenges we face daily in #PHLed, especially those that will not be mentioned from the podium at the DNC. To highlight these issues, we'll use the hashtag #InvisibleatDNC.

In these posts, we can highlight our lack of a contract, the crushing impacts of underfunding on our schools, classrooms and students, the undemocratic SRC leadership of the School District of Philadelphia, the impacts of poverty and systemic oppression on our communities, and any other issues that we see, but don't expect to see discussed from the podium.

Make a concerted effort to post between 5pm and 8pm on Tuesday to try to get this hashtag trending by the time the primetime coverage begins.
Here’s how to do that:

As a note, it is important to acknowledge that the DNC has chosen to highlight some critical issues we face on Tuesday night, particularly related to racial justice. The Mothers of the Movement will speak, and it is important that we "step back" and support those causes when they come on stage. So as you watch the coverage, pick moments to be positive as well as moments to be critical!

Please use #InvisibleAtDNC to speak to your own concerns, and invite your friends, neighbors, and colleagues to do the same! The work is easy, and will go a long way to making education issues visible during this national event.

P.S. Want more DNC action? Come check out caucus members Ismael Jimenez and Tamara Anderson speak truth to power alongside a fabulous set of panelists from around the country tonight at 7PM and tomorrow at 5:30PM.