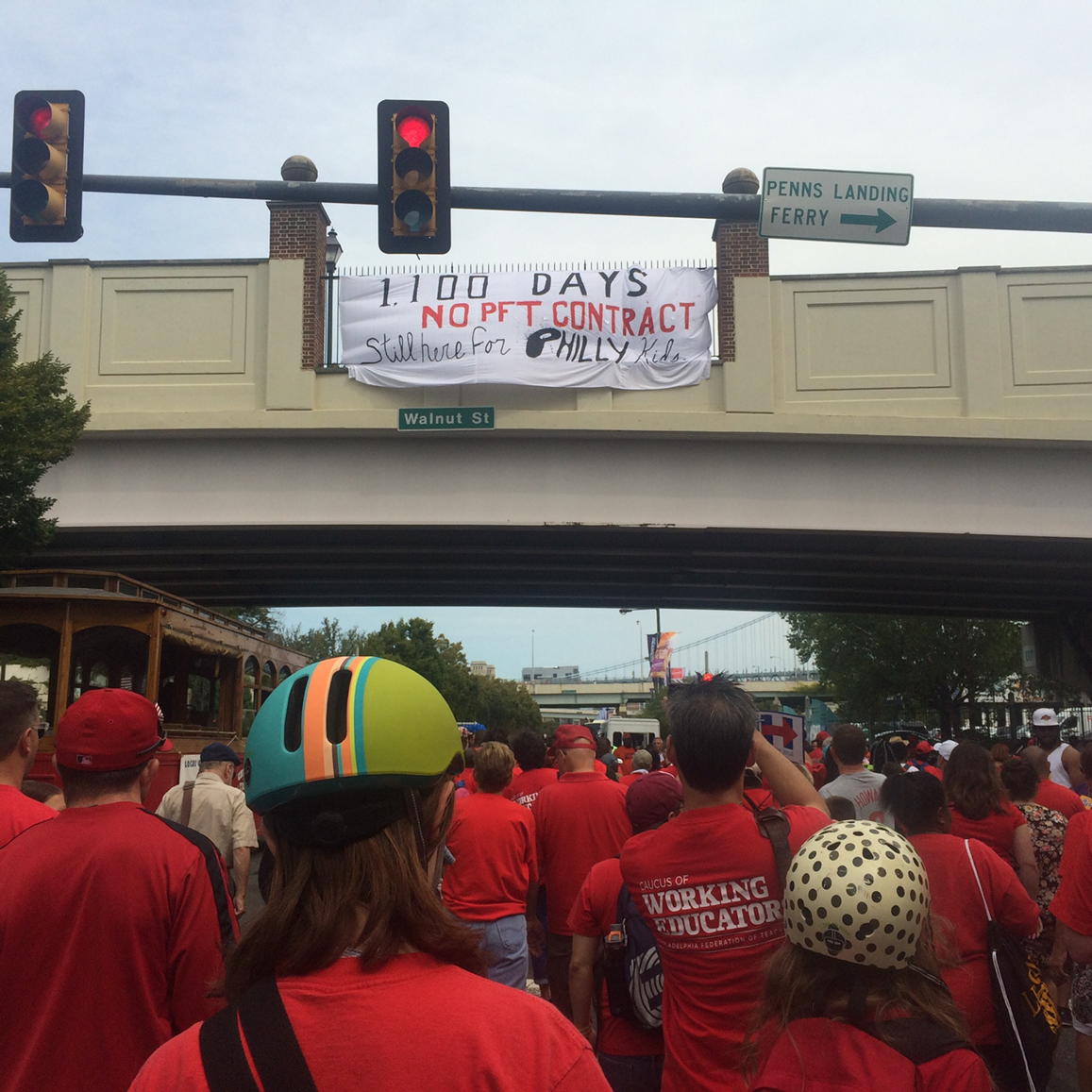 Thanks to all who turned out for the Labor Day rally and parade this morning on Columbus Boulevard. Rank and file members were out in force, alongside union members from all over the city and region.

During the rally, PFT president Jerry Jordan called on our union brothers and sisters for solidarity and support as Philadelphia educators enter their fourth year without a contract. The Caucus of Working Educators was happy to echo this statement with a banner dropped along the parade route.

As we enter a new school year, do not let our contract battle stay invisible. Share this message with your families, neighbors, networks, and communities. Let them know that we are showing up to school every day despite years of wage freezes, disastrous outsourcing, and continued disrespect on the part of our employer, the School District Philadelphia.