From Oaxaca to Filadelfia: Envisioning the Society Our Students Deserve

In 2006, Oaxaca’s section of the educator union (CNTE Local 22) led a months-long occupation of their city to create a society that respected the needs of students, workers, and indigenous people. 10 years later, the same educators and union members in Oaxaca and many other regions are again at the front of a movement to create the society our students deserve.

This time, they are fighting corporate education reforms pushing standardized teacher evaluations, mass layoffs, and the end of free education for all. They have been joined by workers across the country demanding policies that serve the interest of working people, including 200,000 doctors and nurses opposed to similar corporate health care policies.

Their challenge to the government’s attempts to create a society based on exploitation, profit, and trade union busting has sparked massive repression, including the widely-reported deaths of 12 union members when police opened fire on protesters blocking a road, and the abduction and imprisonment of many labor and movement leaders.

These Mexican educators are at the front of a battle for a better society that U.S. teachers and unions are only starting to express. They are standing up against the government’s plan that “education, health, indigenous and campesino territories, and even peace and security are a commodity for whoever can pay for them, that rights are not rights but rather products and services to be snatched away" (EZLN and Congreso Nacional Indigena).

In Philadelphia, our students’ right to a quality education, families’ rights to thriving neighborhoods without fear of deportation or displacement, and workers’ rights to dignified wages and treatment continue to be stripped away via a "death by a thousand cuts". Mexico’s educators and rank-and-file workers are showing us how to fight for just society against a system that wants to turn our communities into commodities.

Local 22 has spent the last few years crafting a counterproposal to the Mexican government’s education reforms. Among the points in the counter proposal are a curriculum based in the diverse, indigenous, and multicultural context of Oaxaca, teaching practices based in critical pedagogy, and the elimination of standardized testing to evaluate either students or teachers.

From Chile to El Salvador to Colombia, Latin America has always served as the United States’ testing ground for market-driven and union-busting policies. Their struggle is our struggle. We send our rage, tears, and admiration to these education workers who have demonstrated time and again that educators and unions have a key role in articulating a vision of the society we deserve.

While the attacks on public education, workers, and unions continue to escalate in the U.S. and across the world, we pledge to fight alongside the educators of Oaxaca and around the world for a society in which education, health, housing, and dignity are rights that every student and worker deserves.

To show our solidarity, please join us for a Oaxacan-style Barricada Cultural on Monday Night in front of Philadelphia’s Mexican Consulate at 8pm. If you would like to contribute financially, members of the Chicago Teachers Union have set up a grassroots fundraiser to support Oaxacan and CNTE educators.

If you would like to learn more or discuss the role of the U.S. in political and economic destabilization in Latin America, please join our summer book club on “Illegal People” by David Bacon (or one of the 14 other book clubs exploring racial justice, culturally relevant teaching, labor history, and many other topics). 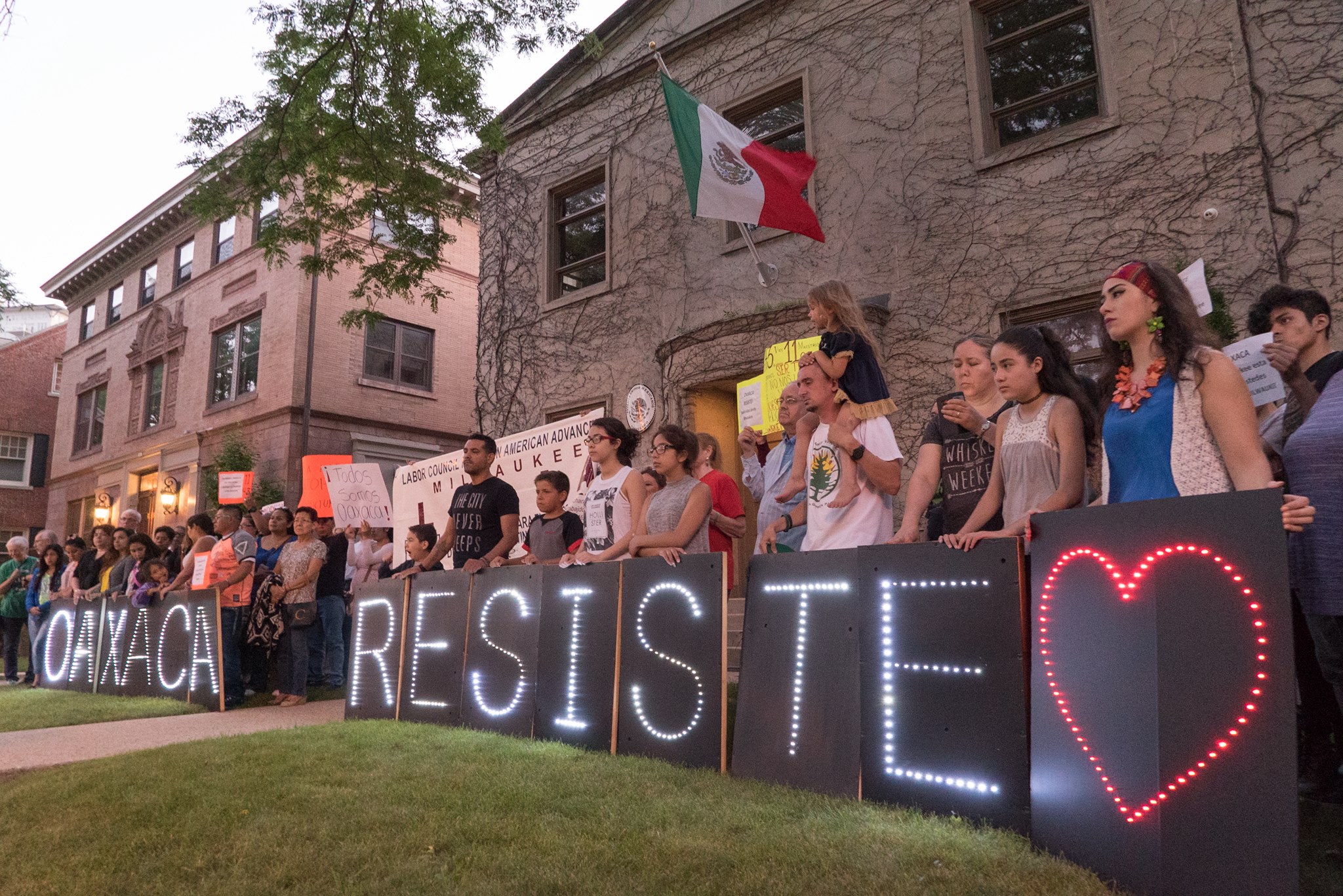