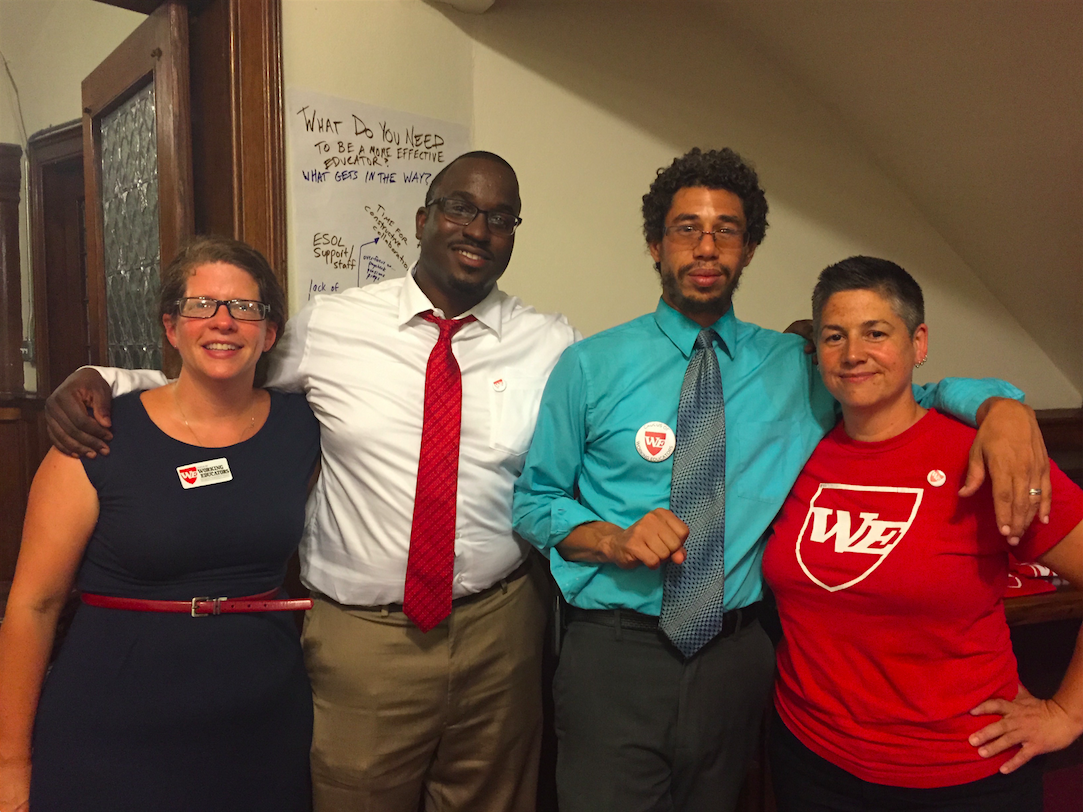 [UPDATE: Read about the launch of our Listening Campaign in The Notebook, The Examiner, and Raging Chicken Press.]

We are thrilled to announce our first-ever citywide listening campaign!

Over the next several months, the campaign will ask the 11,000 rank and file members of the Philadelphia Federation of Teachers (PFT) to weigh in about what they need most from the district and the union so  they can best serve the students of Philadelphia in the city’s public schools.

The campaign will develop a platform and slate for the Caucus of Working Educators to run for  internal PFT executive leadership. At Wednesday’s meeting, four “officer candidates” were presented to the Caucus membership. These candidates come recommended by the Elections Committee of the Caucus, who worked over the summer to organize the campaign and begin identifying candidates. They are not yet slated in any particular order.

Over the course of the campaign, we will organize listening sessions around the city, to reach every school building and neighborhood, with these four candidates at the center of the work.

“We are not coming to you with a set agenda or platform,” Collings said to the crowd at Wednesday’s meeting. “Instead we are listening to all PFT members across the city and building a platform that reflects our collective vision for the schools Philadelphia’s students deserve.”

We will be presenting the final slate to the Caucus membership for confirmation at our annual convention on November 14th. According to PFT bylaws, internal elections will take place between January and April of 2016.