On Tuesday, September 29th, the PFT leadership voted against the endorsement of public school teacher and PFT member, Kristin Combs, who is running for an at-large seat on city council as a Green Party candidate. 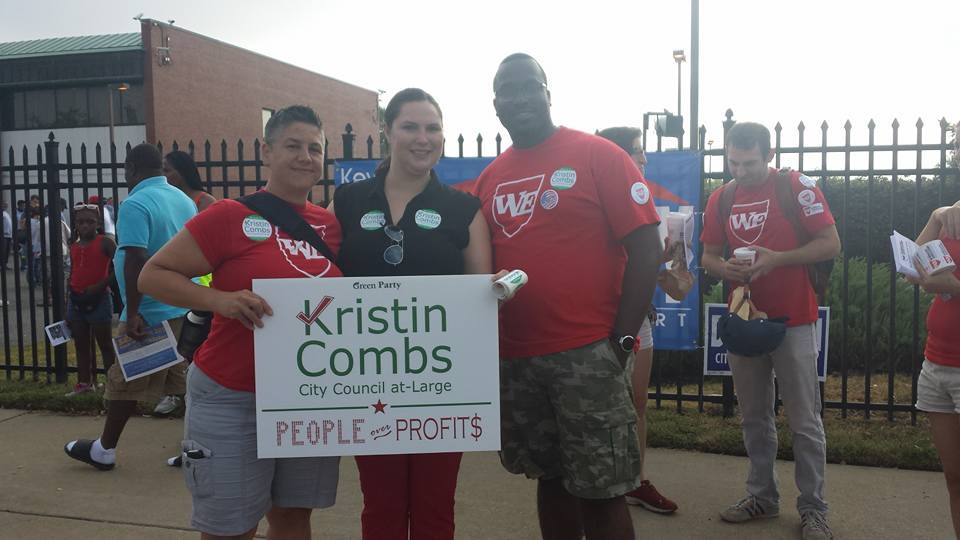 In rejecting one of their own members, the PFT leadership failed to endorse the only teacher candidate running on a strong education and labor platform.Combs' platform includes fully funded public schools, local school control, charter school reform, an end to school closings, restorative justice, a living wage, paid sick leave, collective bargaining rights for all workers, fully funded pensions, an end to private outsourcing of public sector jobs, and an end to corporate welfare. The Caucus of Working Educators is outraged that such a strong teacher leader would not receive the endorsement of the current PFT leadership.

Rather than support a teacher whose campaign is dedicated to creating the schools Philadelphia’s children deserve, the PFT leadership instead voted to endorse an Independent with no labor support, as well as a Republican who pledges to maintain the SRC as-is.

The responsible thing  – both for its own members, as well as for the future of public education in Philadelphia – would have been for the PFT to endorse Combs’ candidacy.

The PFT leadership failed its members by their refusal to endorseCombs’ for city council.  As members of the PFT, the Caucus of Working Educators is organizing to enhance, not ignore, teacher leadership. We vehemently reject this decision and proudly support Kristin Combs for city council.