Regarding the Confirmation of Betsy DeVos 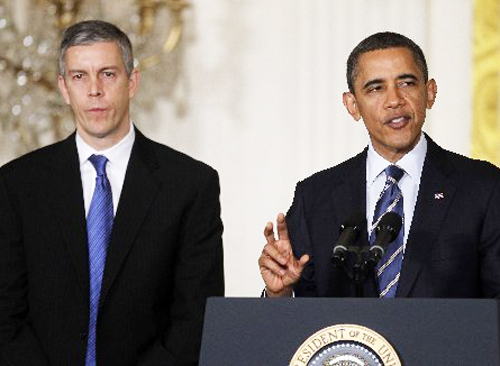 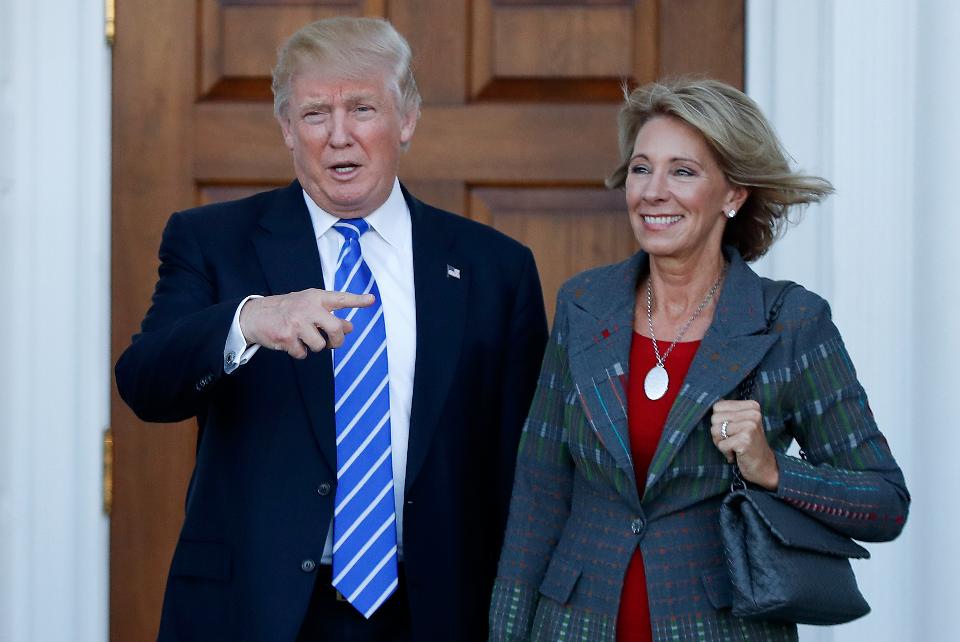 The Caucus of Working Educators recognizes the confirmation of Betsy DeVos as an unparalleled attack on public education. Her lack of qualifications -- or basic understanding of the position -- is widely recognized, and it is clear that she would never have been appointed were she not rich, white, and well-connected.

Simply stated, DeVos does not believe in public education. Her support for “choice” is a sham that masks the actual consequences of her agenda: the large-scale dismantling of America’s promise to provide education to all its children. As Arne Duncan showed with Race to the Top, the Secretary of Education has wide abilities to shape education policy even in areas that are supposedly left up to states. Even if she is not successful in implementing some of her more dangerous ideas, the Secretary will cause irreversible harm to students by failing to protect them from civil rights violations, neglect of legally mandated services, sexual assault, and more.

We are heartened by the show of solidarity against DeVos from across the political spectrum. The unprecedented opposition shows that the public understands that the stakes here are dire. But, while we are proud to protest this cabinet pick alongside 50 senators and hundreds of thousands of protesters, we cannot ignore a fundamental truth: DeVos is not an anomaly, but the result of a decade-long assault on public education.

We cannot forget that many of the same senators who voted against DeVos have also eagerly endorsed some of her policies. Education “reformers,” Democrats and Republicans alike, have championed anti-public school and anti-union actions disguised as “choice.” Celebrity pundits and policy hucksters have sold much of the country on the idea that public schools -- the backbone of our nation, which DeVos derides as “government schools” -- are irrevocably broken.

These ideas are not just misguided, they are actively harmful to schools, cities, and most importantly children. The policies they promote are a drain on public education, driving defunding, segregation, and disempowerment of communities.

Strong unions should be a firewall against a DeVos, but Republicans and Democrats both have worked tirelessly to make sure teachers and schools are divided, disempowered, and disillusioned.

The good news is that in Philadelphia, we’ve been dealing with reckless reformers financed by out-of-town billionaires for a long time. Here is how to take up the fight:

The Caucus of Working Educators has stood proudly with parents, students, and community members to resist privatization, defunding, and other flawed reforms that fail to support our students and communities. If Secretary DeVos thinks she can quietly rip the guts out of our federal protections for students in need, we will be there to raise the alarm and resist together.

Step 2: Band together in solidarity with other resisting groups

Through our Black Lives Matter week of action and support for groups such as Fight for 15, we rebuild and reaffirm the bond between labor, racial, and economic justice.

The Caucus of Working Educators hit the streets and phones for candidates like Helen Gym and Governor Tom Wolf, both of whom have been strong advocates for public schools and will continue to protect our city and state in the face of potentially devastating national legislation.

Step 4: Position ourselves as leaders in the resistance against Trump

President Trump’s White Nationalist movement brought us DeVos, and will continue to hurt our kids and our schools. We must work to resist the agenda in all its forms, and thereby tap into the new wave of activism.