Send A PONY Letter to Push for Contract Negotiations! 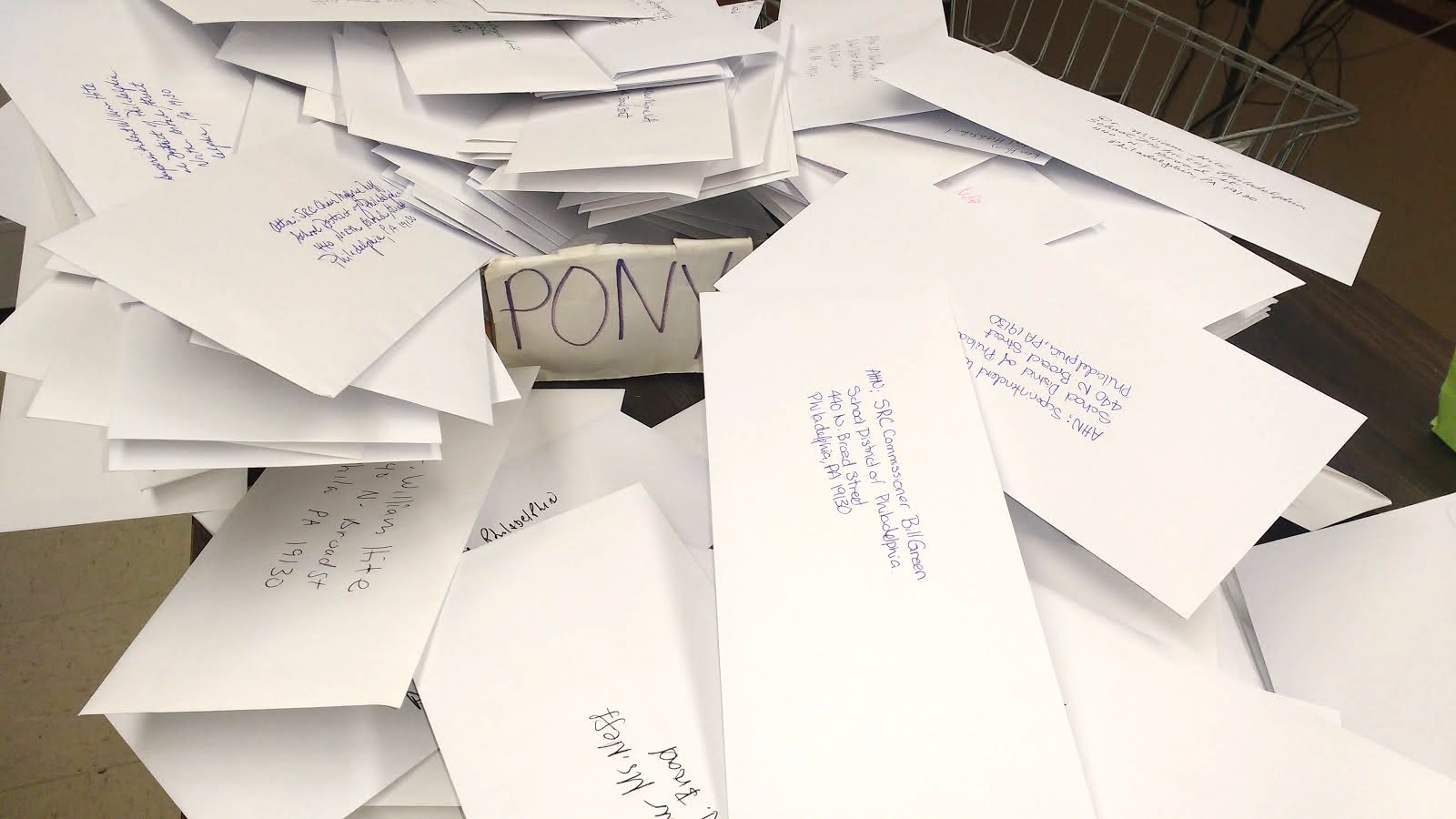 Last week, the PFT members at Central High School - regardless of caucus affiliation - embarked upon a letter-writing campaign that we hope will set in motion a movement that will be replicated throughout the district. The action itself is a symbol of solidarity designed to urge the School District of Philadelphia to resume contract negotiation talks with the Philadelphia Federation of Teachers.

The idea was the brainchild of Erica Catlin, a caucus member and English teacher at Central:

"We can't let 440 think we don't really care that we've received ZERO pay raises since 2012.  Students have started and finished high school in that amount of time.

We need to remind them, each time we receive our dismal paychecks, that we are not complacently accepting this forced pay cut that grows sharper each year.  While our bills go up, our paychecks remain frozen.  We can't move forward with our lives when our salaries are stuck.  News outlets are reporting that income is finally growing nationwide.  What about us?

Imagine a flood of letters every two weeks, from all 11,000 PFT employees, arriving at 440 and having to be opened.  Let's gum up the works.  Let's remind the folks at 440, especially anyone who's received a pay raise since 2012 (Hite and his staff), that their raises are coming out of our pockets.  If they want to blame this pay freeze on Harrisburg, then they can forward our letters there."

We hope you join the movement and, during your next chapter meeting (or sooner), print out a copy of each of the following 3 letters and distribute them to every PFT member in your building:

All you have to do is change the name to your school in the last paragraph, print your name at the bottom, sign it, place it in an envelope, and then drop it in the PONY mailbox.

The beauty of this action is that it takes minimal effort and we also don't have to pay for postage because, as long as we keep our letters professional, we are simply asking a question from a School District employee to a School District employer - exactly what the PONY system was designed to do. Also, because there might be a letter of importance somewhere in the mountain of correspondence, every letter MUST be opened either by Hite, Neff, Green, or one of their assistants.

So, let's all join in solidarity - all 11,000 members of the Philadelphia Federation of Teachers - in order to flood 440 North Broad Street with thousands of letters and "gum up the works" until they GIVE US A FAIR CONTRACT! 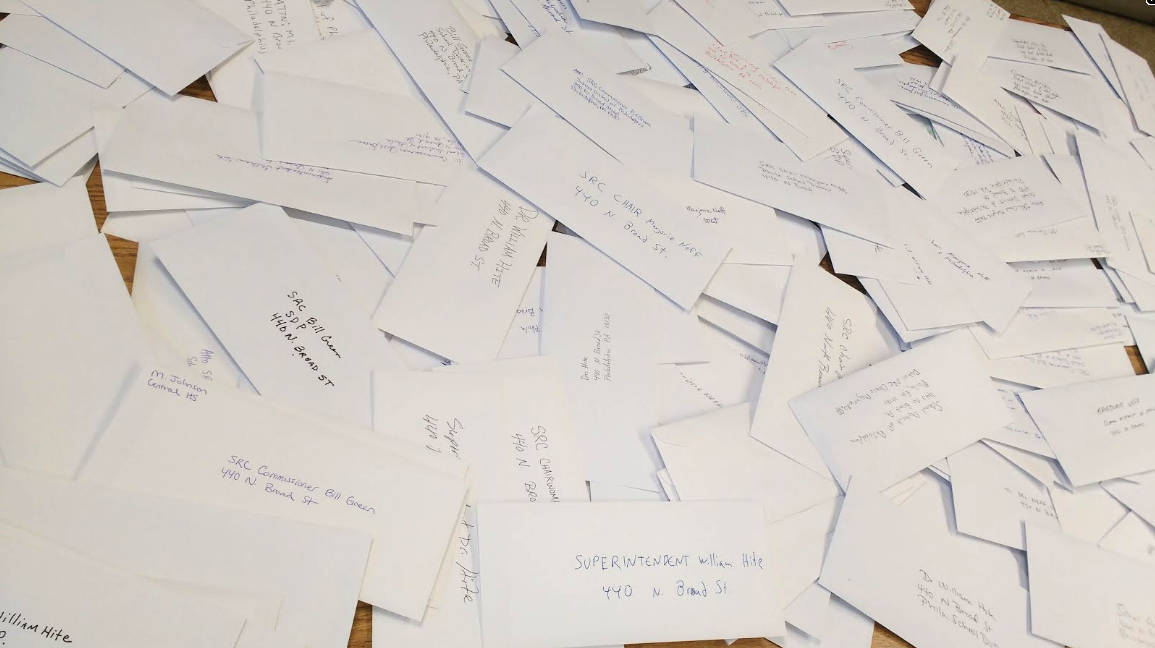