The SRC Voted To Dissolve. What Happens Next? 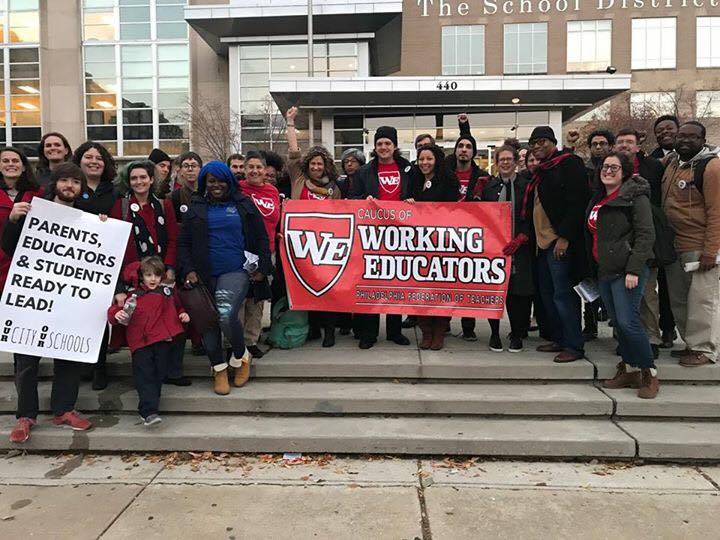 They voted to dissolve! So when does the SRC finally go away?

Their last day is June 30. This follows the requirement that the vote must happen at least 180 days before the actual dissolution. The June 30 aligns with the fiscal year -- new school board, new budget.

What will replace the commission?

A nine-member school board appointed by the Mayor, which is what oversaw the district before the SRC came into existence in 2001. There is also a planned non-voting position for a current Philadelphia student.

How will these members be selected?

According to the Mayor’s timeline, A nominating committee will be appointed by Mid-December. This committee will recommend 3 possible choices for each of the 9 seats on the board. The mayor will select one of these recommendations for each seat. There is also pending legislation -- which will require approval by public referendum --  that would require city council approval for all nominees.

Can anyone become a member of the school board?

It's not yet clear. State law suggests that employees of the School District are not eligible, but City Hall is still sorting out what boundaries, if any, will exist. We will update this section as the criteria are announced.

I keep hearing about a “People's School Board.”  What is this?

Our City Our Schools is calling for a People’s School Board, which calls for all appointed members to meet the following three criteria: all should be true stakeholders in the school district, all should support a progressive agenda of racial and economic justice, and none should have financial states or other conflicts of interest in our public or charter schools.

How to make this happen? Same way we make everything happen: people power. Sign this petition today!

What is Our City Our Schools?

Our City Our Schools is a coalition of organizations and individuals -- including the Caucus of Working Educators -- who have been working together since October 2016 to bring an end to the SRC.

If the SRC is gone as of June 30, how much power do they have until then? Can they approve charters or decide to close schools?

The SRC remains in power until June 30, with all of the same powers it held before the vote. There will be a complete transfer of power on July 1st. With nine charters up for approval soon, It remains to be seen whether the SRC will adopt a “lame duck” policy and avoid making major decisions… or perhaps do the opposite, and try to make as many decisions as possible before their dissolution.

Does this really mean that the PFT regains the legal right to strike?

Yes. The law prohibiting strikes relates directly to the existence of the SRC. No SRC, no restriction on strikes.

This is a big win! What’s next?

While we are thrilled Mayor Kenney has reinforced his commitment to public schools with this move, Pennsylvania is still a ways away from full, fair funding. With this success behind us, the caucus will keep fighting for the schools our students deserve by building the power of our union and organizing to make positive change in our city.

And don't forget to sign the petition for a People's School Board!