Support The Group of 50 - Send Them to AFT National! 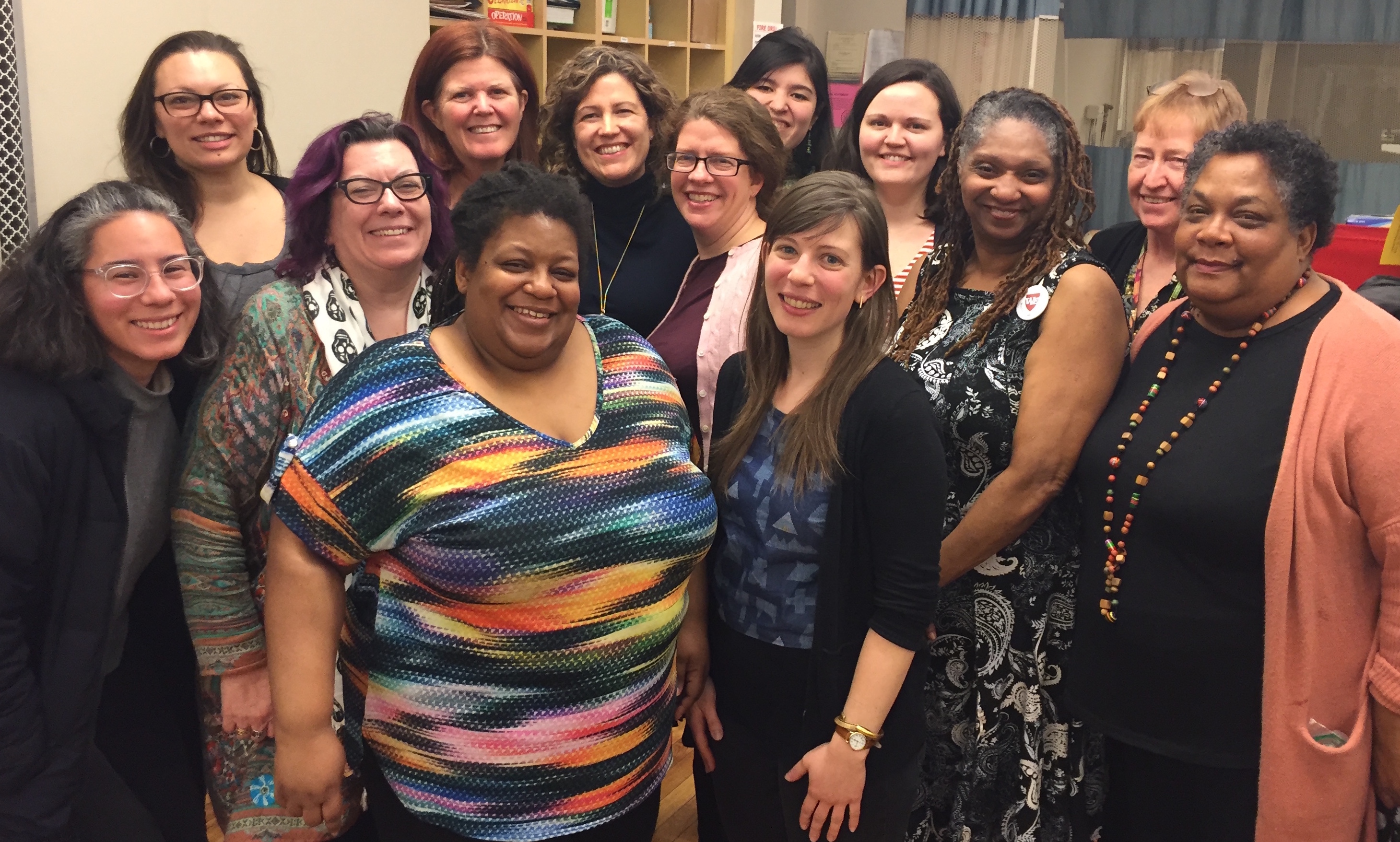 Just a few of the fabulous PFT members who are a part of the Group of 50 -- support them in their journey by voting for them in February!

The AFT National Convention is happening in Pittsburgh this July -- and WE want to send you there!

In case you didn’t know, our national union, the American Federation of Teachers, has its National Convention every two years. The event is the single biggest learning opportunity in our union, jam-packed with inspiring speakers, informative panels, meetings for different bargaining units and interest groups, and floor votes on a variety of relevant topics, such as resolutions supporting political movements or changes in AFT policy.

How do you get a spot? Any PFT member can run to be a delegate to the convention! Unfortunately, very few members even know the event even exists, much less how to get there. This year, the Caucus wants to see that change.

To those ends, we are making an open call for female members of the PFT to join our "Group of 50" and run as delegates to both the AFT National Convention in 2018 and AFT-PA in 2019.

In the tradition of organizations like the League of Women Voters and EMILY’S List, we are seeking to empower those people who have historically been underrepresented in the political world. In that spirit, our slate has a focus on women of color, and is open to transgender and other gender non-conforming candidates. As a union that is over 80% female, we have a specific responsibility to lift up these voices on a local and national level.

Why 50 candidates? There are 100 delegate spots total, so sending our Group of 50 would still leave space for all 35 members of the current elected Executive Board and then some. This means that a vote for Working Educators supports both the current leadership as well as the rank and file, ensuring truly diverse representation at the conference.

Only one of the women on our slate have had the opportunity to attend an AFT National convention before. By contrast, most of the other candidates have attended at least once. The Group of 50 wants to strengthen the PFT by engaging a wider group of members in official union politics and activities. These women are ready to grow as leaders and will bring what they learn at the conference back to their own schools!

Would you like to become a part of this group? If you’re a PFT member, and you believe in the mission of the Caucus of Working Educators, it’s time to step up! We are seeking to represent as many schools and bargaining units as possible. The vote will happen by mail in February - contact us if you are interested in becoming a candidate or can help support the campaign at your school.