Do you have $30? There are women sitting in jail in Philadelphia who can't afford their $30 bail, so they sit and wait until a trial date. This Mother's Day, help get as many mothers and caregivers home as possible. Donate today at http://www.phillybailout.com/donate/. (Don't worry, donations will still be accepted after Mother's Day too!) 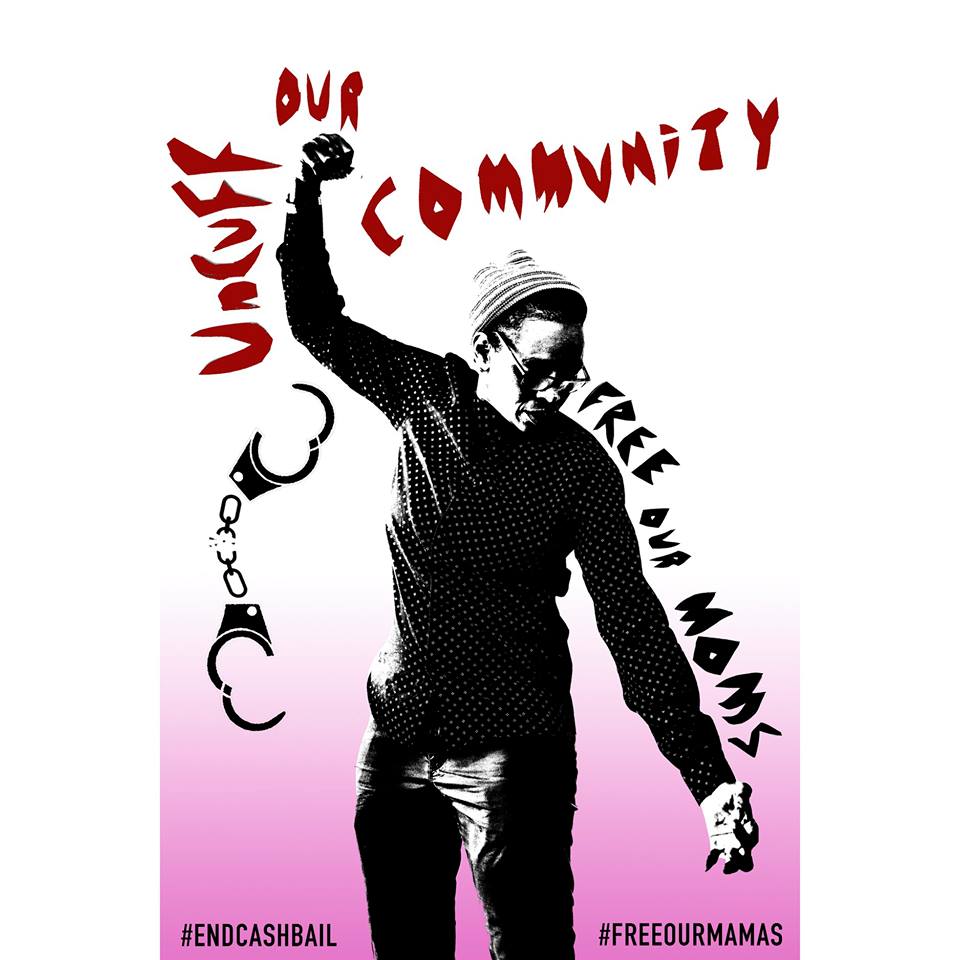 In the state of Pennsylvania, over 5,000 children have a mother currently incarcerated. While the male population of Pennsylvania’s jails is decreasing, the female population is on the rise  according to the Department of Corrections. In my classroom, on almost a weekly basis I have students who share stories about a family member who was or is jailed.

While we may say “innocent until proven guilty,” in Philly, the birthplace of independence,  someone might sit in jail for several months before even having their case heard; the reason the sit and wait in jail is cash bail. The Philly Community Bail Fund knows this has to end. A third of the people in Philadelphia jails are there because of an inability to pay their bail. The intention of bail is to create a financial guarantee that a person who has been arrested will return to their court date even though there is no proven correlation between bail and court attendance. When Philadelphia’s residents are unable to pay this fee, they remain in jail until their court date. It is already known African-Americans in Philadelphia are arrested and incarcerated at higher rates than any other group. The Urban League of Philadelphia states, Black people in Philadelphia are five times more likely to be incarcerated than white people and twice as likely to be held on bail.

Cash bail causes both economic and emotional fallout in the families of people awaiting trial and is an unnecessary and unjust burden to place on families especially families at or near the poverty line.  Incarceration with the addition of bail causes dire consequences when a providing adult is unable to continue aiding their family. Clearly, money bail is terrible for families, but it is also a negative for the city. The cost of incarcerating people continues to rise and diverts funds the city could otherwise use for rehabilitative or educational programs.

While Philadelphia is taking steps to change this system, there is a long distance to be travelled between DA Krasner’s policy change and an end to this harmful practice. The Philadelphia Community Bail Fund seeks to end money bail in the city of Philadelphia, but until that happens, the fund works to raise money to bail out community members who cannot afford to do so themselves. Collective actions around freedom are a pillar of Black Liberation movements beginning when our enslaved ancestors pooled their resources to purchase the freedom of others.  We must continue this work as we strive to end this new form of enslavement. As Mother’s Day approaches, in collaboration with the People’s Paper Co-Op, #No215Jail coalition, Black Lives Matter Philadelphia, Sankofa Community Empowerment, Frontline Dads, Media Mobilizing Project,  Caucus of Working Educators, DecarceratePA, The Philadelphia Black History Collaborative and the Youth Art Self-Empowerment Project (YASP).  The Philly Community Bail Fund, also known as that Bail Fund Jawn has launched a campaign to bring as many Black mothers and caregivers home as possible.

The Caucus of Working Educators stands for racial justice, supporting families in the city of Philadelphia, and providing students with an education for liberation; money bail stands in opposition to all of those core ideas.

As we move toward ending money bail and the other destructive forces of incarceration it can seem too difficult to make large-scale changes like this; however, we are making progress and  your financial assistance can reunite families next week. To give financially or volunteer visit wwww.phillybailout.com/donate.