What Deep Organizing Looks Like: The Real Work-to-Rule Campaign 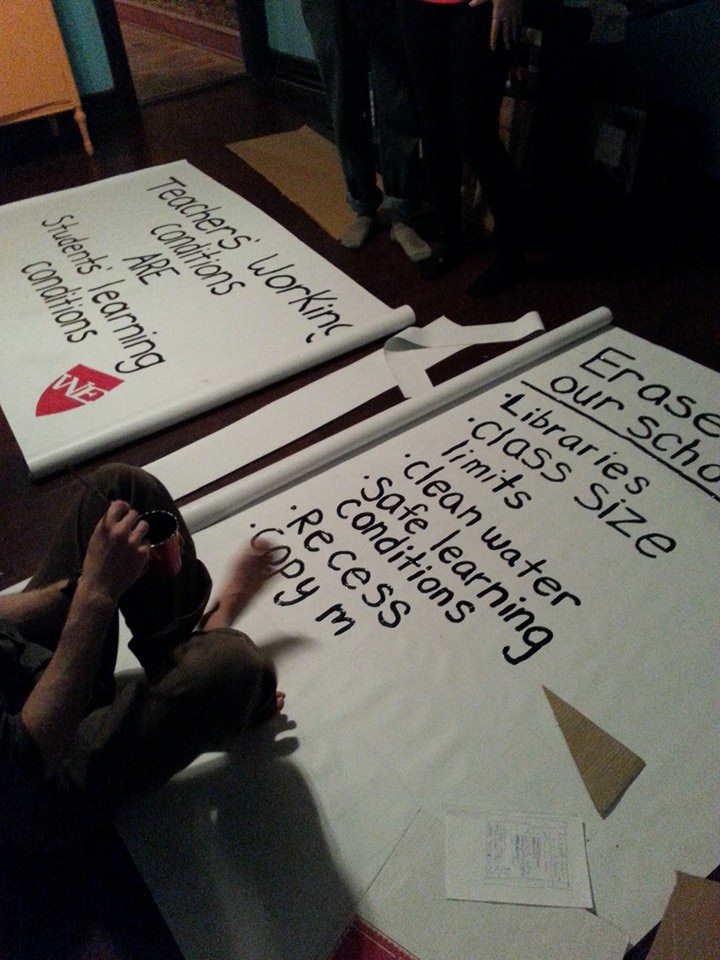 Below is the original Work-to-Rule Campaign proposal from WE that was proposed at a meeting between the Caucus of Working Educators (represented by Yaasiyn Muhammad, Kelley Collings, Larissa Pahomov, Ismael Jimenez, Delilah Washington, and Amy Roat) and the PFT leadership (represented by Jerry Jordan, Dee Phillips, Evette Jones, Hillary Linardopoulos, and George Jackson) on July 24, 2015.

The original plan details a 5-month-long membership-driven organizing campaign -- involving parents, community members, and other unions in our buildings -- that galvanizes a united front against the resource starvation and budget crises faced by our schools under the 15-year-long SRC rule.

Instead, what the PFT leadership handed the membership was an eleventh hour email the Friday before the so-called work-to-rule actions were to occur. 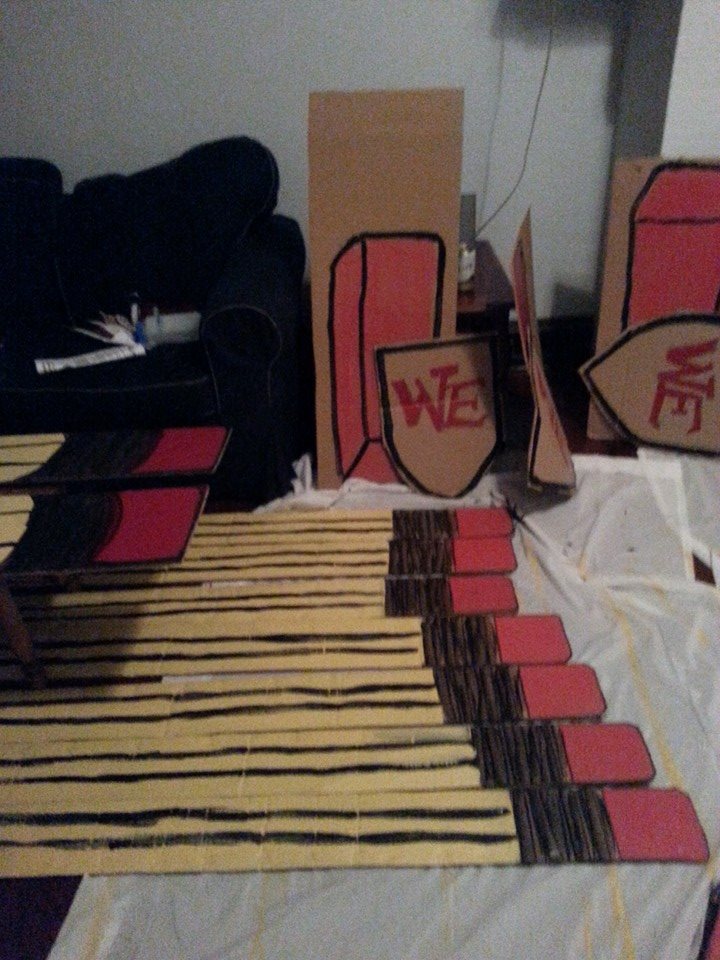 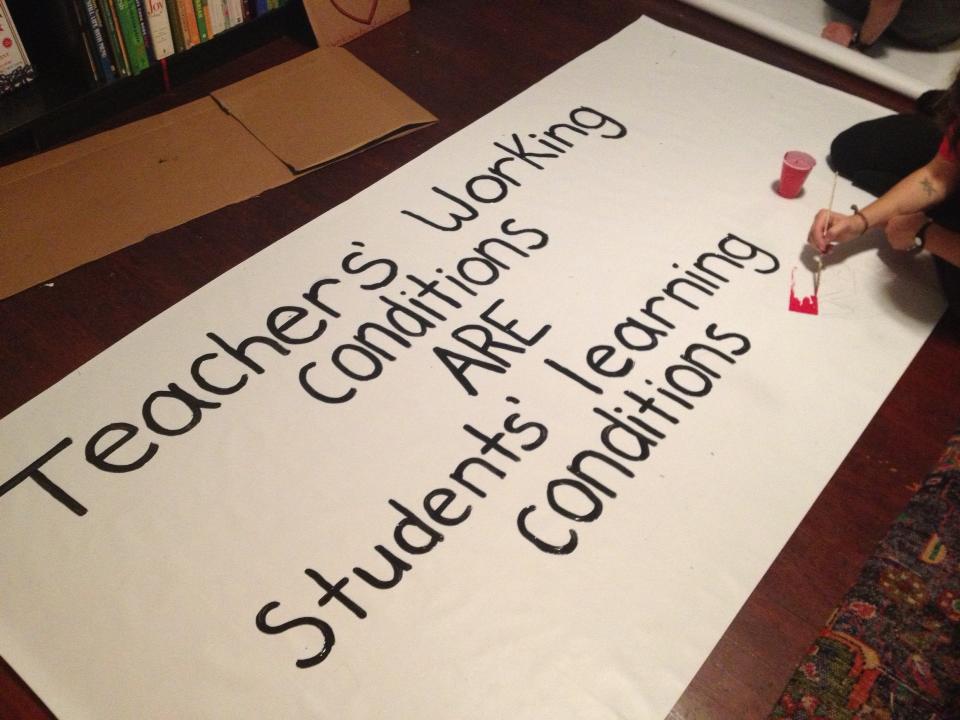 Effective work-to-rule actions take months to organize. The campaign at Mifflin Elementary is an example of effective, authentic, thorough organizing and should be lifted up as such.

As we struggle at our schools to decide how to respond to the PFT leadership's last minute work-to-rule directive, let's look for ways to honor and support each other as rank-and-file members engaged in grassroots organizing in our schools. Any schools seeking advice on planning an action can contact Mifflin Teacher [email protected] or Caucus Co-Chair Kelley Collings at [email protected]m.

The contract campaign will run from August through November 2015.

The purpose of the campaign is:

(1) to build consensus among all public education stakeholders (rank-and-file teachers, parents, community members, and students) about what has been taken away from Philadelphia public schools over the last 15 years;

(2) to build consensus among all public education stakeholders about what all stakeholders have done to fill the void left by the budget cuts;

(3) to build political will among all stakeholders to wage a week-long work-to-rule action that will demonstrate publicly what Philadelphia public schools would be like without the extra volunteerism of teachers, parents, and community members.

The structure of the campaign is as follows:

Each school will hold a PFT Chapter meeting as soon as possible after Sept 2 (with teachers, paras, counselors, nurses).  Rank-and-file members will use butcher block paper to answer the following questions:  What did schools look like 15 years ago (even 5 years ago)?  What do we do now as educators to fill the void?  What do we do now for free – in the name of the students – to compensate for the systematic starvation of our schools.

Each school will hold a meeting with parents, community members, and students in late September or early October.  Parents, community members, and students will use butcher block paper to answer the following questions:  What did schools look like 15 years ago (even 5 years ago)?  What do we (as parents, community members, and students) do now to fill the void?  What do we see educators doing to fill the void?  Where possible, these meetings can happen at Back-to-School Night.  If it’s not possible to make this part of the official Back-to-School Night, PFT members can use Back-to-School Night to distribute flyers and turn folks out for upcoming meetings (that can occur onsite/inside or offsite/outside of schools) that would be scheduled within a week of Back-to-School Night.  At the end each meeting, we pose the question:  “What would it look like if we all stopped doing these extra things for one week to send a message to the politicians that we refuse to be starved anymore?”  We use the opportunity to get folks on board for the week-long work-to-rule action.

In mid-October schools across the district will stage a week-long work-to-rule action co-organized by educators, parents, community members, and students.  Specific actions will be decided at the local school level and will be designed to demonstrate the devastating effects of systematically starving our schools of the funds and resources they so desperately need.

The week of local school work-to-rule actions will culminate in a huge city-wide action (rally, march, or other type of direct action) in mid-October designed to publicly and visually display unmistakable unity among educators, parents, community members, and students for what Philadelphia public schools need.