When does 4 + 1 = 6?: When Combs replaces a republican on City Council 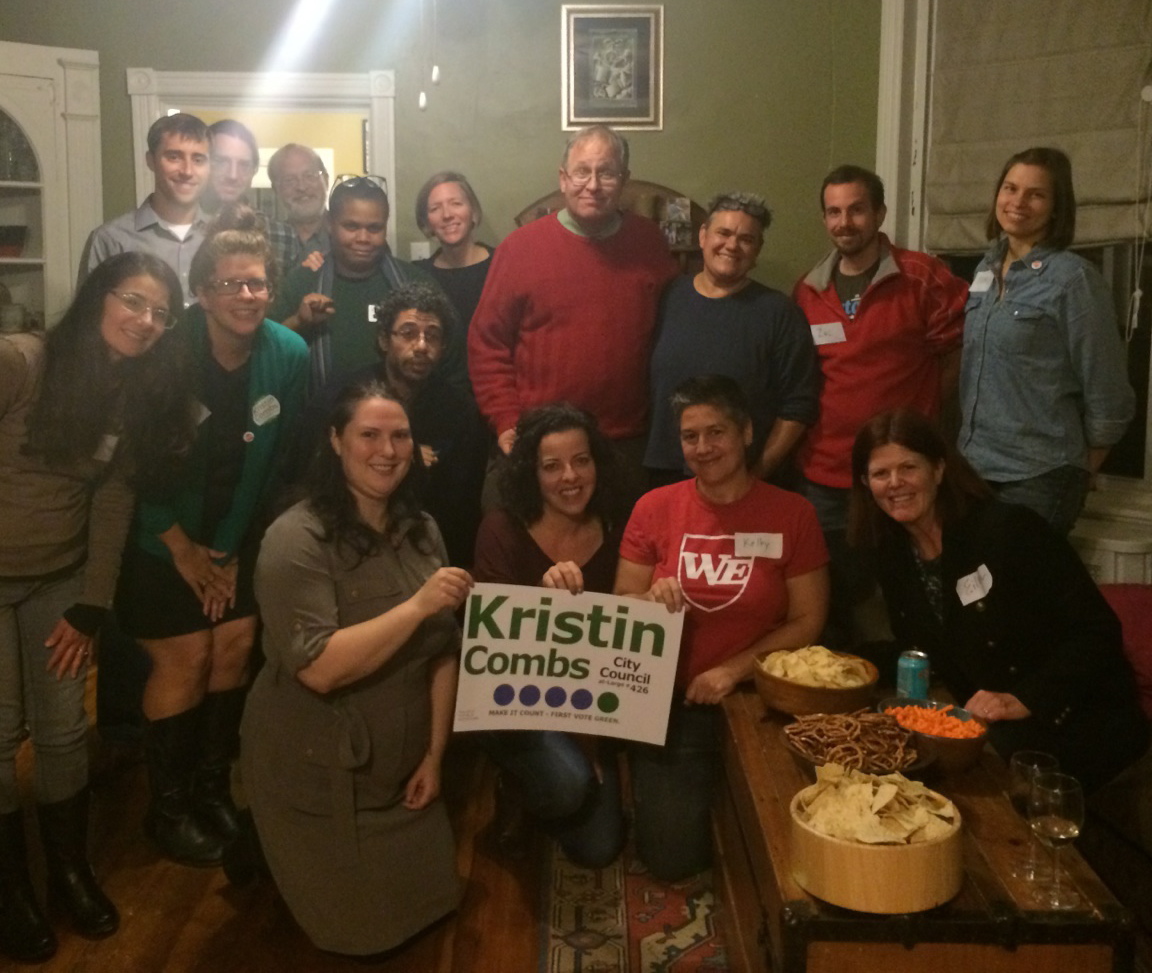 In the November election, Philadelphia voters can choose five candidates for City Council At-Large. Five candidates will be elected from the Democratic Party. In addition, the two highest vote-getters from all other minority political parties will also be elected and take their place on City Council. Traditionally, that has always been two Republicans. 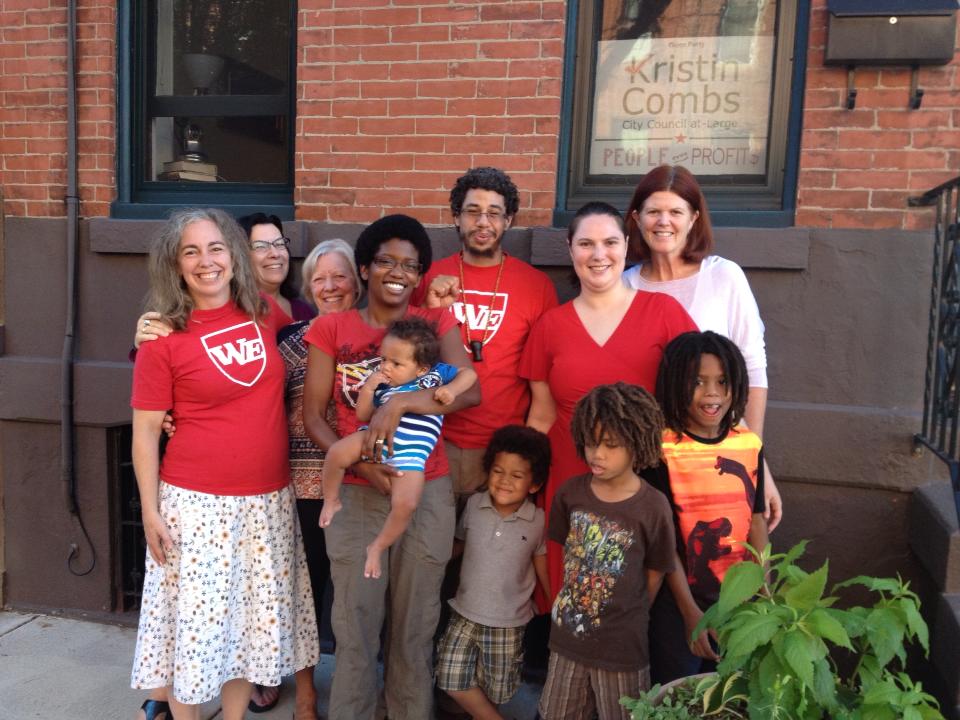 On November 3rd, instead of using all five votes for Democrats (who are virtually certain to be elected), vote for Kristin Combs -- public school teacher running for an at-large seat on Philadelphia's City Council with the Green Party.

The goal is for one of the minority party seats to instead go to the Green Party and bring a much needed progressive agenda to City Council.  Five democrats and one green will help move Council to the left on a variety of issues affecting working people across Philadelphia. 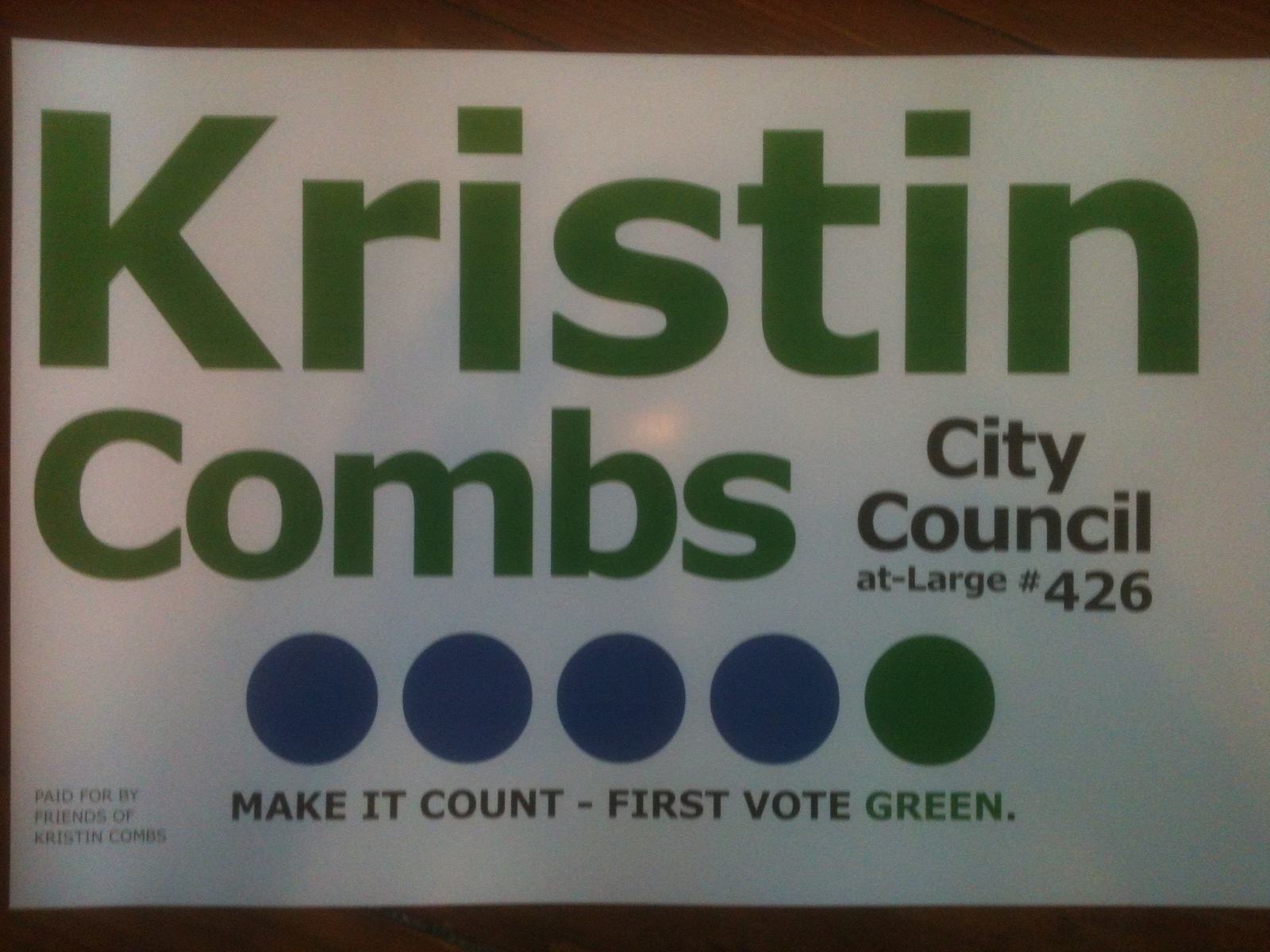