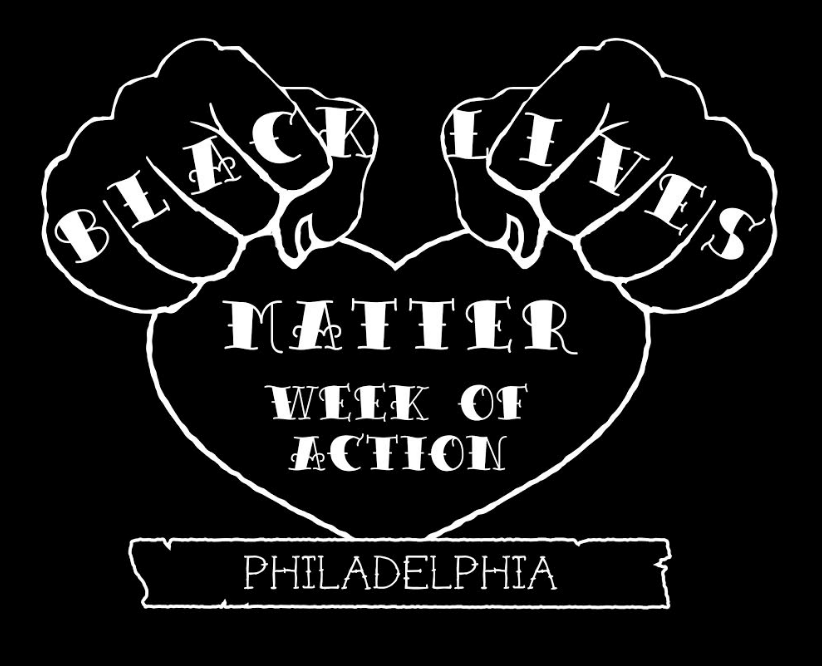 In 2013 after George Zimmerman was acquitted for the murder of Trayvon Martin a hashtag erupted into a movement. Alica Garza, Patrisse Cullors, and Opal Tomati created #BlackLivesMatter. A way for local organizers to pull together and continue the fight for Black lives. Because let's face it, we our under attack. And this attack has not ceased since we were kidnapped and brought by force to this country. In fact, the attack on brown and black bodies has been a global issue since ever. It is for this reason that we must continue to unearth the truth and share it without making it clean or easier to digest.

Philadelphia and many cities around the country are planning the National Black Lives Matter Week of Action in Schools. And I sit here and wonder if it is enough. Have we fully actualized the 13 guiding principles of this movement? Principles like Diversity, Loving Engagement, Collective Value, Queer and Trans Affirming, Black Families, Black Women and more? Have we? The answer is a resounding NO.

Just in 2014, Governor Snyder of Michigan gave the okay to switch Flint's water source from Lake Huron, a natural glacial fresh water source, to the Flint River, a chemical dumpsite. Since then over 10,000 children have been exposed to levels of lead far above 3.5 (the safe level) and many adults have died from Legionnaire disease. Lead is irreversible and never leaves the system. It alters a person's DNA. Mothers that have been exposed to high levels of lead will see it in their grandchildren. America did that. But, General Motors (GM) complained that the Flint River ruined their parts and they got switched back to Lake Huron. The residents did not. So no Black Lives still don't matter.

Laquan McDonald, who was shot 16 times by a Chicago Police Officer, became part of one of the most recent cover ups that reached all the way to the Mayor, Rahm Emanuel. Laquan's mother who had not seen her child since he was 3 received a large sum of money from the City of Chicago for her child's death. America did that. Hush money. The election came and went and Rahm was re-elected and then the video was released. Showing the murder and Laquan's dead body on the ground. One of many Black males who are unarmed and murdered by police each and every day in urban centers across the country. No one is ever arrested. No one is ever held accountable. It happens so often it is starting to not make the news. Vigils and protests are held by mothers, friends, and the community and Black Lives still don't matter.

In 1999, the Transgender Day of Remembrance was founded by Gwendolyn Ann Smith and in 2010 became a national cause. In 2017, twenty-nine trans-gendered individuals were murdered and in 2018 the number was twenty-two. 82% of these murdered are Trans-women of Color. Their murders are poorly investigated and incorrectly documented because they do not matter. They are silenced forever and no one is brought to justice. Why? Because Black Lives still don't matter.

#metoo movement started by Tarana Burke, a black woman, was a necessary light to shine on sexual assault and the victimization of women. In Hollywood, it has been a tipping point, Yet, if the women are poor, marginalized, Black or Brown then the #metoo movement is not for them. That could not be further from the truth. In fact, the rape of Black women goes back further than most history books even mention. The rape and murder of Black women has been #forever. The lack of safety for Black girls and women has been #forever and it continues #today. The reason that Oprah Winfrey mentioned Recy Taylor in her acceptance speech last year is because that truth continues to be hidden in plain sight. Rosa Parks being a sexual assault investigator for the NAACP is THE work that she should be known for. In fact the bus boycott was won on the backs and bodies of Black women (over 80% of bus riders at the time were Black women). Billy clubs hit Black women on their backs and stomachs leaving many of them unable to have children or simply damaged.  And today untested rape kits are at an increased rate for poor, indigenous, Black, Brown or marginalized women. Why? Because Black Lives still don't matter.

So as we prepare our cities to remember and commemorate the Black Lives Matter Week of Action in Schools remember the words of Audre Lorde, "Revolution is not a one-time event and The master's tools will never dismantle the master's house." This work is an every day, every hour kind of work. It must be a part of your pores and envelop your spirit in order for a small change to manifest. Especially because the powers that are not even in the majority have a powerful machine and a dedicated intention to the very destruction of Black lives. Once that becomes clear, then we can stop with the business of simply rallying around a cause for 7 days a year, or on the King Holiday. We can educate our youth and our community by any means necessary and make sure that their eyes are wide open for the battle that has been waging in plain site for #forever. And maybe just maybe, we can stop asking for Black Lives to Matter. And finally live out a destiny that is not mired in BS, denial or petty liberal diatribes. Remember if you are not a part of the work then you are a part of the problem.

How to Get involved in the 2019 Black Lives Matter at School Week of Action:

Unsure if you are allowed to wear your BLM shirt to work? What about teaching lessons centered around the 13 guiding principles of Black Lives Matter? Read the answers to these and other questions here.