Why I switched from CB to WE 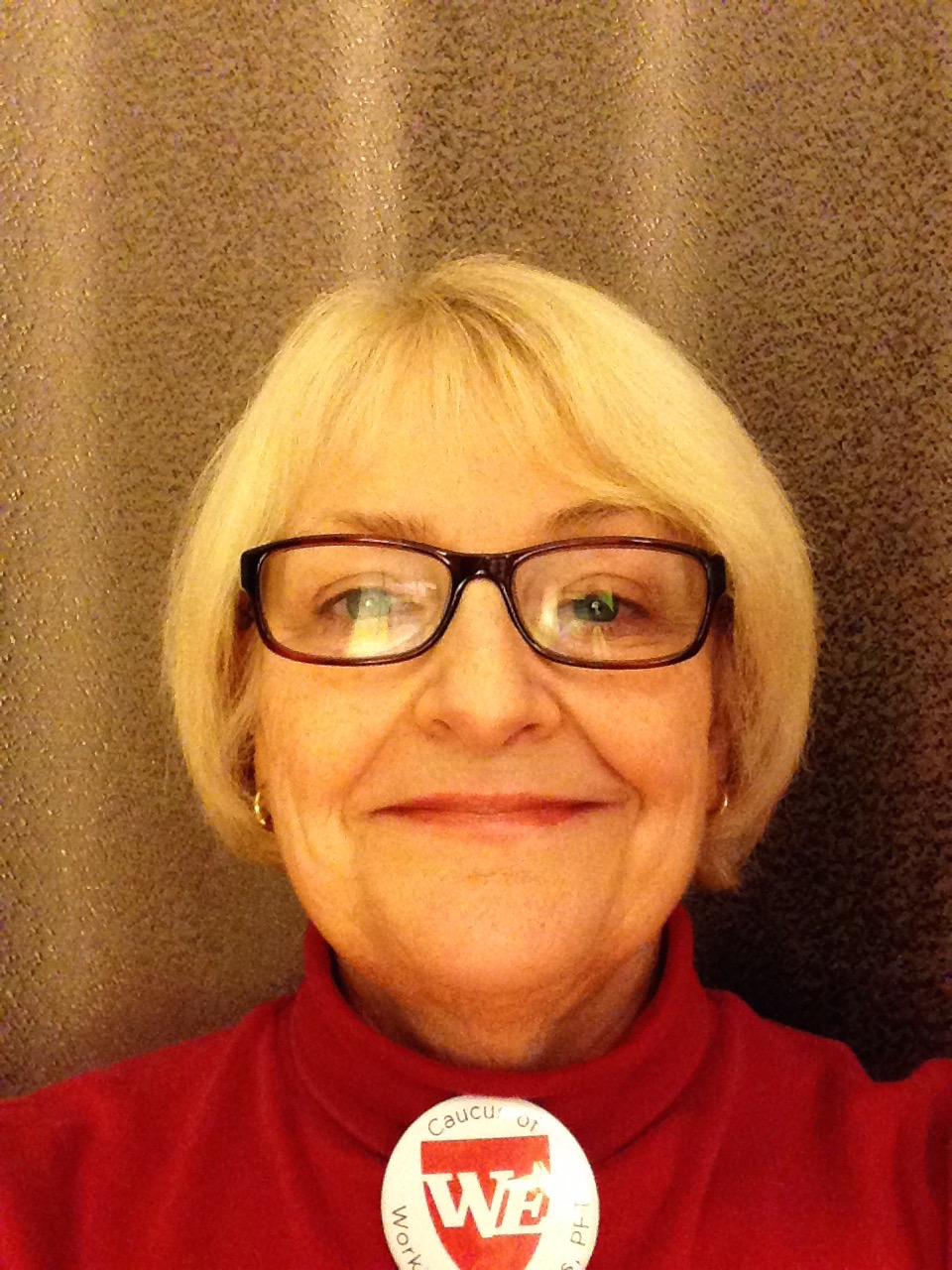 At-Large Executive Board Candidate on the WE Slate

I have been an active member of the PFT since I was hired as a nurse in 1992. In 2009, I was asked by Jerry Jordan to serve on the PFT Executive Board.

For those who don’t know -- and most members have no idea -- the PFT Executive Board (EB) usually meets twice a month. During the meeting the board votes on PFT business including approving political endorsements, campaign donations, and treasurer reports. We hear a President’s report at every meeting including information about national educational and political concerns.

When I agreed to become an EB member, it was my hope to serve as the voice of my fellow nurses and other non-teaching professional PFT members. Unfortunately, as the years went on, it became clear to me that these Executive Board meetings are actually the opposite of what a representative democracy should be.

I am sorry to say that this was not my first disappointment with the CB Team. When the nurses were all laid off in December 2011, the union came through with a legal grievance. It is wonderful that our organization is capable of doing that--but it was not successful, because the arbitrator ruled in favor of the School District.

In the meantime, the rank-and-file nurses single-handedly organized weekly protests at 440 every Wednesday for 6 months, without any support from the CB leadership. I see that as a big failure on their part. Fortunately, many rank and file members did turn out to support the nurses at those protests, including the core group of people who would go on to found the WE Caucus.

There is also very little presence at SRC meetings by the CB Team, yet the WE Caucus is there virtually every month presenting concerns to the sham of a Commission who holds the power to determine the fate of our schools.

After all these experiences, I have made the decision to cross over from the CB Team to the Caucus of Working Educators. I feel very strongly that the CB Team has served rank and file members well in some categories, such as running the Health and Welfare office and providing grievance support in buildings. However, these services are managed by PFT staffers, who remain employed by the union no matter who wins the election. Only the WE Caucus is capable of energizing the rank and file in order to become a much more democratic union. Whenever WE gather, input is sought from members and actually incorporated into caucus work. This level of engagement is virtually non-existent when CB folks gather. I have never been asked at any CB function what my thoughts are on any issue--and I’m an Executive Board member!

All of this has taught me that the top-down style of the CB Team is in direct opposition to many of the needs and wishes of the membership. When you vote for the WE slate, you are choosing democracy and transparency. It’s that simple.