Why Would the GOP Attack A Philly Teacher? 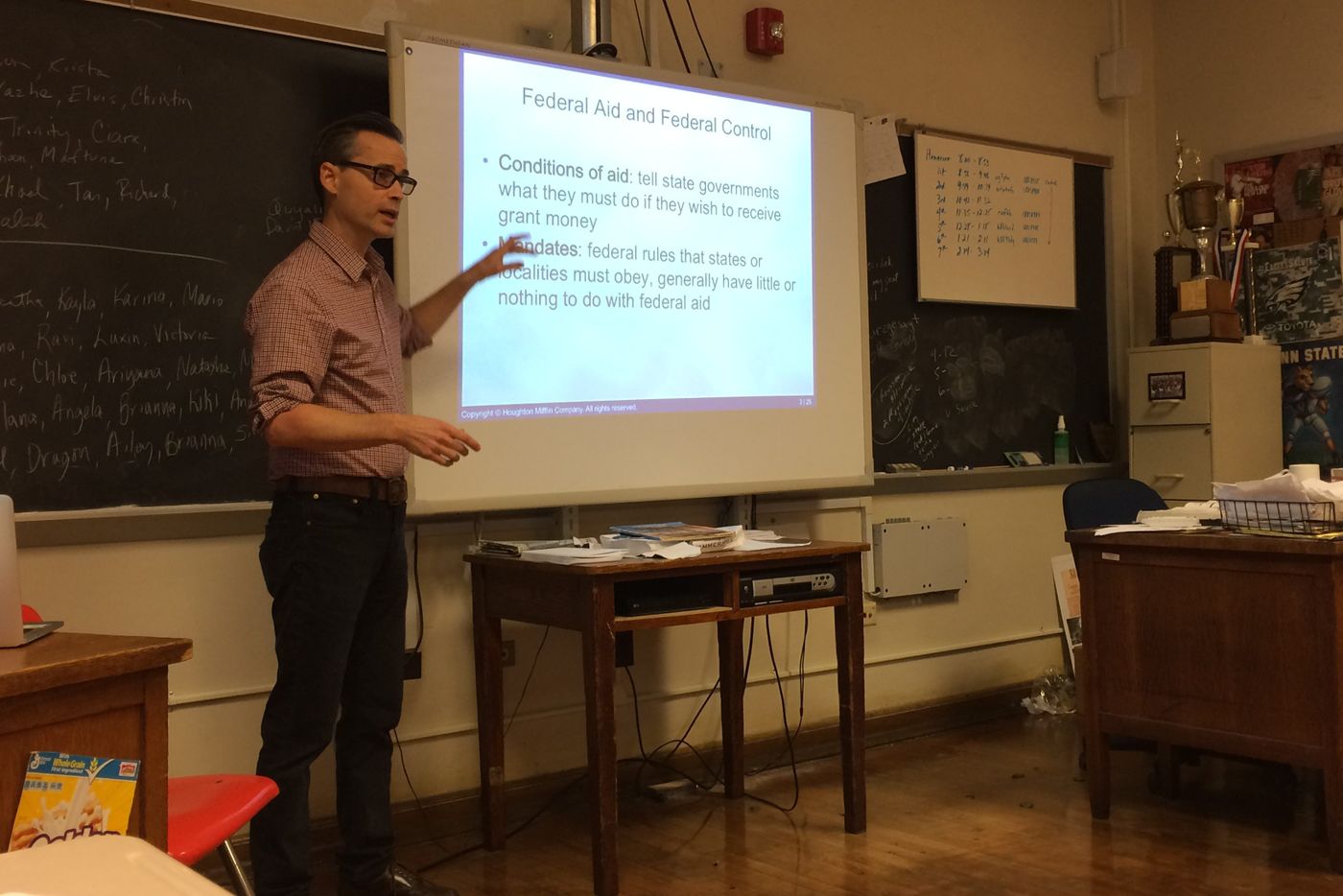 Two weeks ago, the chair of the Pennsylvania Republican Party made an unsubstantiated attack on Central High School History Teacher Tom Quinn.

His claim? That Tom was attempting the "liberal indoctrination" of his students.

The evidence? A grainy single photograph of a flyer that Quinn was accused of distributing.

The district did its due diligence investigating the "incident," and now Quinn is finally free to set the record straight. In his opinion piece for the Inquirer, he sets the record straight about that supposed flyer and gets to the heart of the attack:

The only election-related papers I ever handed out to students were voter registration forms. So why would the GOP target my students and me?

Is it because we're in the run-up to an important election on Nov. 6, and I'm the organizer of the nonpartisan Philly Youth Vote! campaign to get all 12,000 of Philadelphia's public-school seniors out to vote?

Is it because Philadelphia's diverse population of young people tend to vote for candidates who are not Republicans?

Whatever the reason, neither bullying nor smears will shake my commitment to our young people.  As public servants of this city, all Philadelphia teachers have pledged to provide our students with the necessary tools to understand their civic right to participate in the democratic process. The future of our city depends on the engagement of this vital constituency.

Tom is unbowed by this attack -- but he needs help fighting back. We need YOUR support to make it clear to rotten politicians like Val DiGiorgio and others who would rather see Philly Schools crumble into dust.

If you believe in civic engagement, diversity of thought, and voter empowerment, you need to sign.

Thanks for your support.