What are Philly educators doing on Election Day?

Working Educators believes in grassroots organizing to get politicians in office that will support public education. The outcome of tomorrow's election will have an enormous impact on Philadelphia's public schools, and on PFT members. Pennsylvania's future governor and state legislature will be making big decisions about our ability to organize as a union and collectively bargain. They will make decisions about school privatization and whether or not to give away precious education dollars in the form of vouchers to private schools. And most importantly, they will make decisions about school funding!

Pennsylvania is 49th in the country for the percentage of school funding that comes from the state.  To make it even worse, the money that is being distributed is going at a LOWER rate to students of color across the state of Pennsylvania. We must vote for legislators who will increase funding for education and demand that ALL funding go through PA's fair funding formula. WE hope you will cast your vote for Senator Bob Casey, Governor Tom Wolf and Lt. Governor John Fetterman in order to ensure more equitable funding for our schools and to protect our rights to unionize.

There are many other amazing candidates to vote for in this electoral cycle, including many new candidates that are trying to flip PA state legislative seats blue for the first time in years! The educators and parents on WE's Political Committee sat down to talk to many of them about their political beliefs concerning education, and we are happy to ask you to vote for the following candidates:

Want to see how Philly educators will be spending their time to get out the vote? Last year we encouraged PFT members and our allies to run to be committee people, the very backbone of the Philadelphia Democratic establishment. Committee people are responsible for turning out the vote, but that also means they have the power to vote for candidates that are committed to public education. And WE won big!

Here is how some of our members are flexing their newfound political muscle: 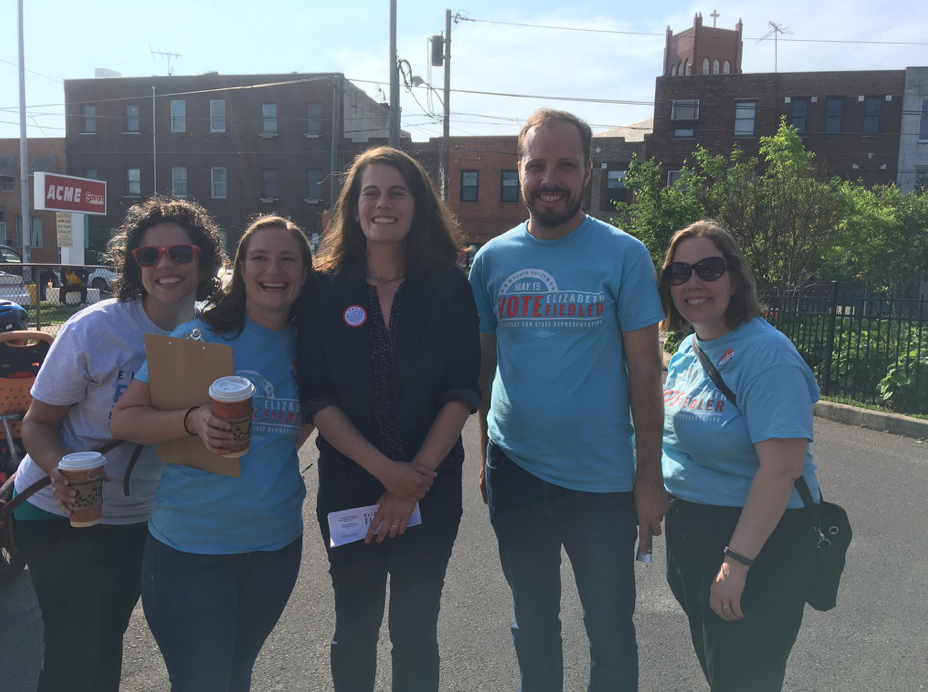 Kathleen Melville (Workshop School) and Steve Petro (Palumbo) are Democratic committee-people in Ward 1, and Kathleen was elected to Ward Chair. As elected officers, Kathleen and Steve have helped transition Ward 1 into an "open ward." In most wards, the ward leader makes all decisions, but in open wards, meetings are open to the public, committee-people vote on all endorsements, and finances are transparent. Ward 1 is also committed to building power through door-knocking and volunteer recruitment. During this election cycle (so far!), Ward 1 has knocked over 8,500 doors, identified over 1,500 supporters, and distributed several thousand fliers in support of the Democratic ticket. 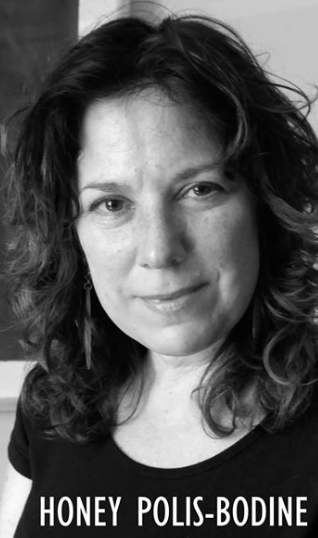 Honey Polis-Bodine (Franklin Learning Center), committee woman in the 2nd ward, has been spending her time meeting her constituents and compiling an accurate list of voters.  She has been actively registering renters and making sure neighbors can locate her for any concerns.  She and her partner have knocked on 510 doors and had 160 conversations and worked with locals to make sure there was an event at the local high-rise filled with older voters.  She has canvassed with sample ballots and identified many new Democratic voters!  She also addressed her ward as part of a panel on what is happening in the Philadelphia School District and worked to make sure her ward had all the voting machines it needed to make voting efficient and enjoyable. 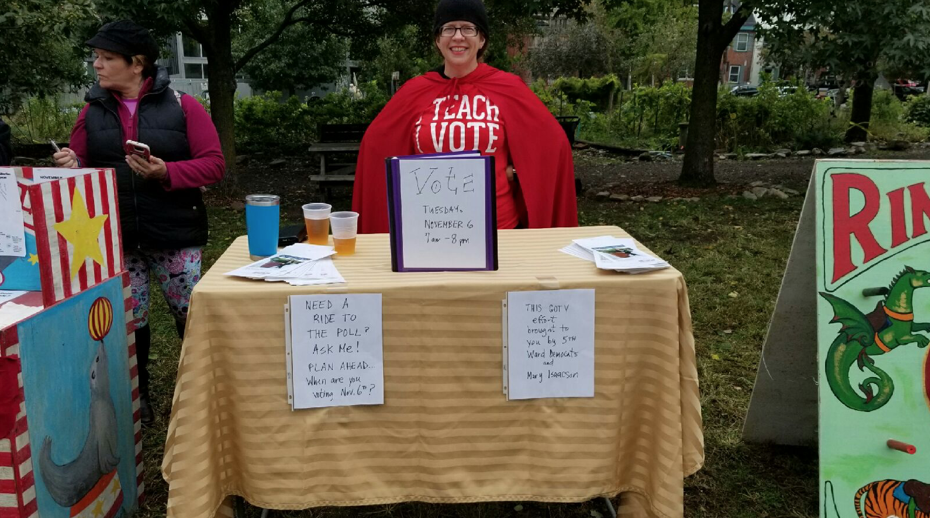 Amy Roat (Feltonville Arts and Sciences) had the enormous challenge of working in the 5th Ward as her ward expanded from 2 divisions to 5. This was a huge logistical issue, because it meant that 6,000 voters were changing polling places.  She, along with State Representative candidate Mary Isaacson, have been working hard to make sure that every member of their ward is aware of their new polling location. 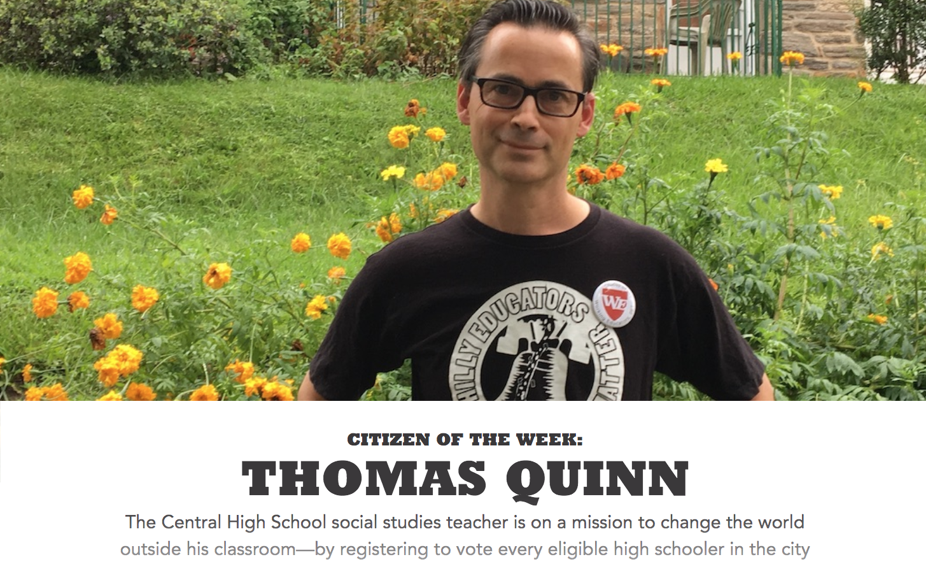