The Caucus of Working Educators of the Philadelphia Federation of Teachers does not support the School Reform Commission’s proposal to renew Superintendent Hite’s contract for an additional 5 years, while there are still more than two years remaining in his current one. 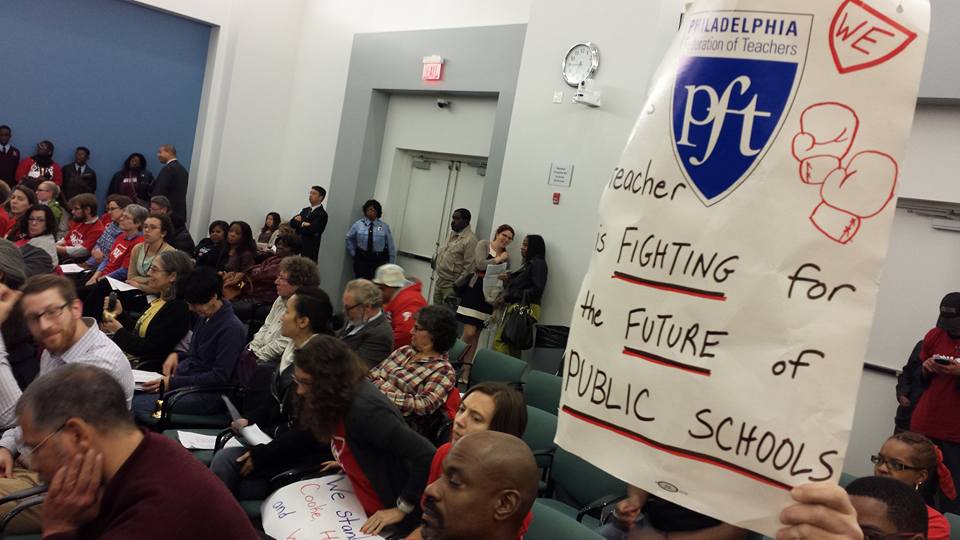 The SRC should not decide to renew the superintendent’s contract without the data and observations of an appropriate evaluation. The School District of Philadelphia cannot afford another financial misstep.  Let us not forget the lesson from 2011, when the SRC extended then-Superintendent Arlene Ackerman’s contract for one year. That very same year, the SRC fired Ackerman and bought out her contract for $905,000.

The reported reasoning for this decision includes the district’s need for stability, as opposed to evaluating Hite’s actual accomplishments. His record includes more school takeovers, privatization, layoffs, and outsourcing of union jobs that has resulted in more turmoil and instability, not less.

Philadelphia Public School students, families, and staff deserve to be a part of this decision in an actively engaged format. This decision should include actual voices, opinions, and data from the community at large, rather than another unilateral decision that looks and feels like the business as usual. The SRC should invite the community to a series of round-table discussions and actively utilize the conversations to make a more informed and shared decision in regard to Hite’s extended contract.

The SRC should use those conversations to re-evaluate the qualifications that our superintendent should possess. The School District of Philadelphia deserves a superintendent that:

This new proposal binds the SDP to Superintendent Hite’s leadership until August 31, 2022. Given the current situation, an early decision to renew the superintendent’s contract is not a sound decision. The district is in the midst of a budgetary crisis. The credit rating and the overall morale of the School District of Philadelphia is at its lowest. Major decisions continue to be made with zero input from the staff and families of our children. If any of these conditions cause the SRC to reconsider its decision and terminate Hite’s contract early, it could cost the district at least $300,000 per year.

If you do the math, our students simply cannot afford this decision.