THURSDAY: March in defense of North Philly communities and students 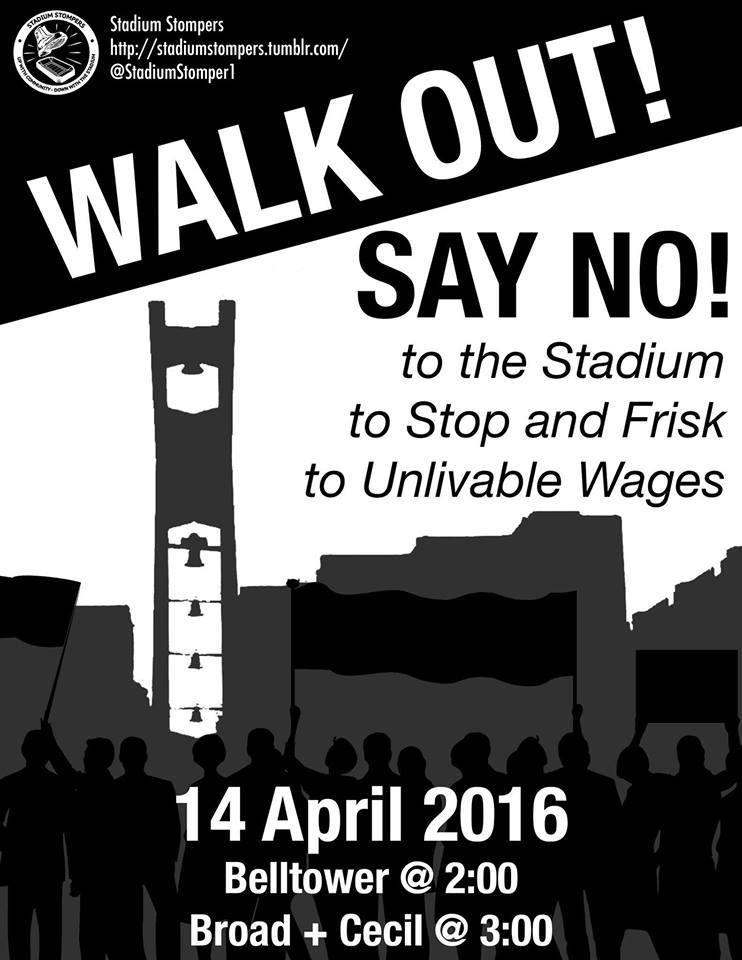 The Caucus of Working Educators just signed on to endorse Stadium Stompers - a movement of students, communities members, and allies that have come together to stop the Temple stadium.

Temple University has proposed a plan for a $100 million football stadium in the heart of historic North Philadelphia. Why should Temple be stopped, and why should WE join the fight?

In the School District of Philadelphia we are familiar with bad, backroom deals in the name of education- but which do nothing to help students or our city while raising profits for a small group of business interests.

Joining this movement is about more than signing on as endorsers. WE have to show up:

Show up the whole time or show up for ten minutes- but be there! We must say NO to the stadium, NO to displacement and gentrification, and YES to education!