How To Organize a “What’s NOT Back To School Night” Rally at Your School! 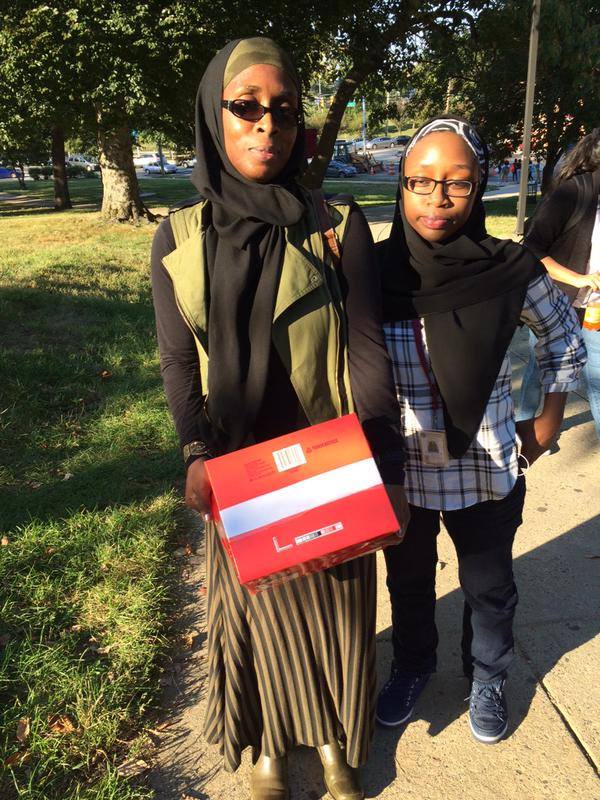 Parents and students are the most important allies that teachers’ unions must embrace to secure a strong contract and better education for children.

Families see a site for just the few years that children attend a school, and many misunderstand the gradual return of some staff over the past few years as improvement, without seeing the net loss over the longer term. We still have not returned to pre-2013 levels of funding and staffing, and we cannot allow the lingering “Doomsday Budget” to become the “new normal.”

Parents need the constant reminder that educators’ working conditions are their children’s learning conditions, and once a year we have the opportunity to build solidarity with thousands of families across the city: Back To School Night!

So... Get A Rally Going At Your Back To School Night! 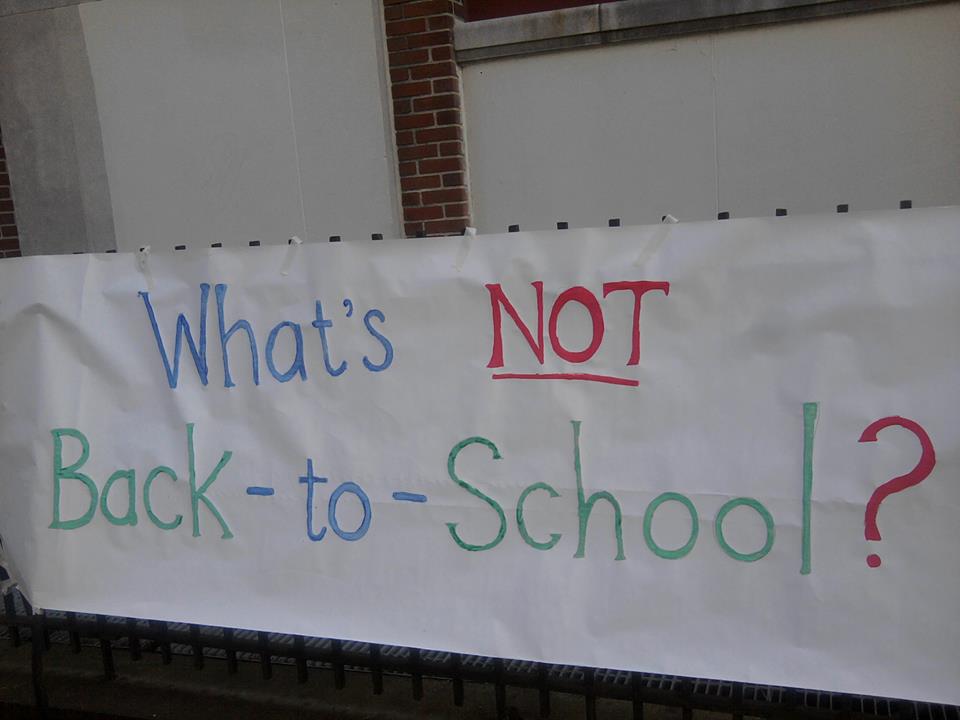 For the past two years, staff at several schools have hit the pavement with signs, flyers, chalk, and political theater before BTSN with a great response from parents and the press. We need to take our message city-wide this year! It will look different at every school, but here are some tips: 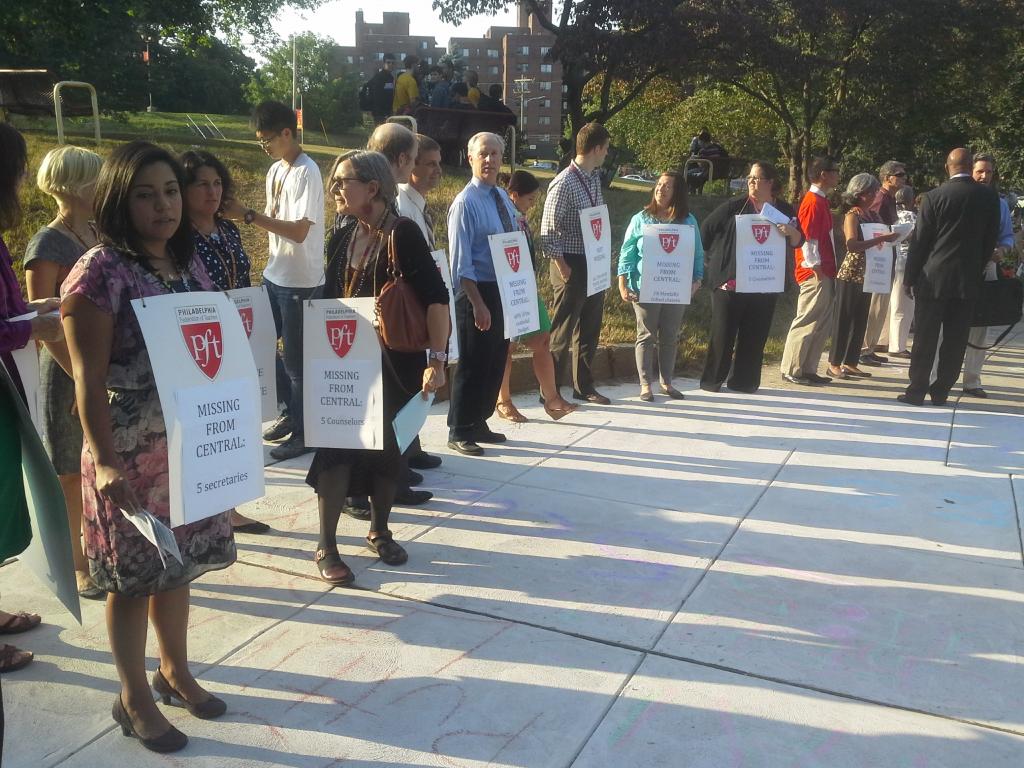 The beginning of the school year is very busy, but colleagues working together can pull together a successful rally very quickly. Central teacher KD Davenport describes how she turned an idea into a hugely successful rally in just a matter of days:

I got an immediate positive response from my colleagues. People were amazing about contributing their gifts: One creative colleague suggested that we line up 59 desks to represent the number of students in an Algebra class; another put together a flier of facts and figures; still others translated that flier into Spanish and Chinese. Once we had a flyer made up, we adapted it into a press 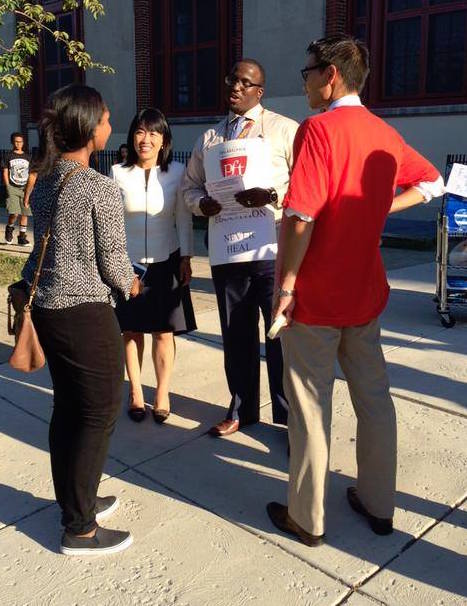 release and sent out a blast via email and Twitter to the media. Word quickly spread and on Back To School Night we were joined by reporters and photographers from NBC 10, ABC 6, The Inquirer, and WHYY Newsworks. 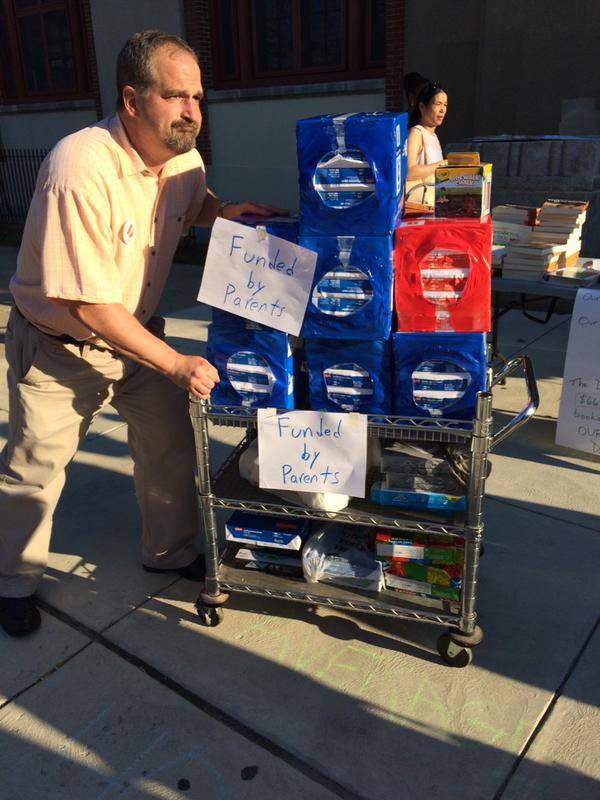 Our PFT building committee was incredibly supportive and publicized the event to the entire staff. Our administration was also on board. Our principal came outside and spoke to the press, and we even got our Alumni and Home and School associations involved. Helen Gym showed up, as did Jerry Jordan. And we did it all in a matter of days! 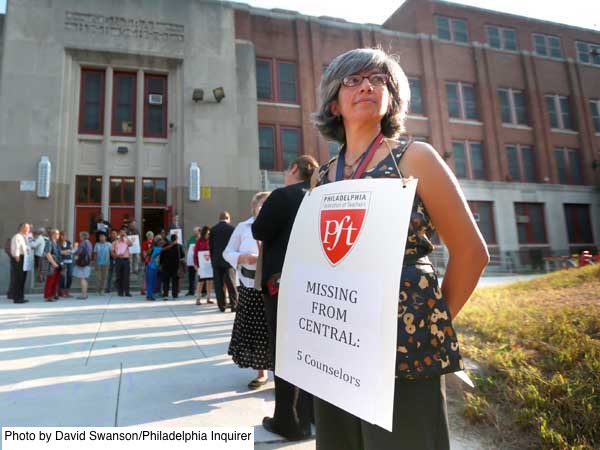