So, What Does An Internal PFT Election Look Like?

Did you know that the PFT Constitution calls for an internal election every 4 years? Federal law requires that the members of all unions democratically elect their leaders, and the next PFT elections are due in early 2016. Here's who we will vote for:

The Collective Bargaining (CB) Team is the caucus that has held the leadership of our union for almost 30 years. Because they “ran” unopposed in a ceremonial election in 2012 and 2008, many of our colleagues have never participated in an actual internal election! However, as PFT members, we can nominate candidates, form slates, and run for these seats. Our involvement is essential to protect our rights and maintain a healthy and strong democratic union.

The timeline for this election is set by the current leadership. We are waiting for the current PFT Executive Board to adopt new nomination and election procedures and release them to the membership.

However, there is a template for how this election should go. Based on the 2012 Nomination and Election Procedures published by the PFT, here is the potential timeline:

If you're interested in learning more about how PFT elections work, read over the 2012 Nominations and Elections Procedures. Then get involved to help build a member-driven PFT! 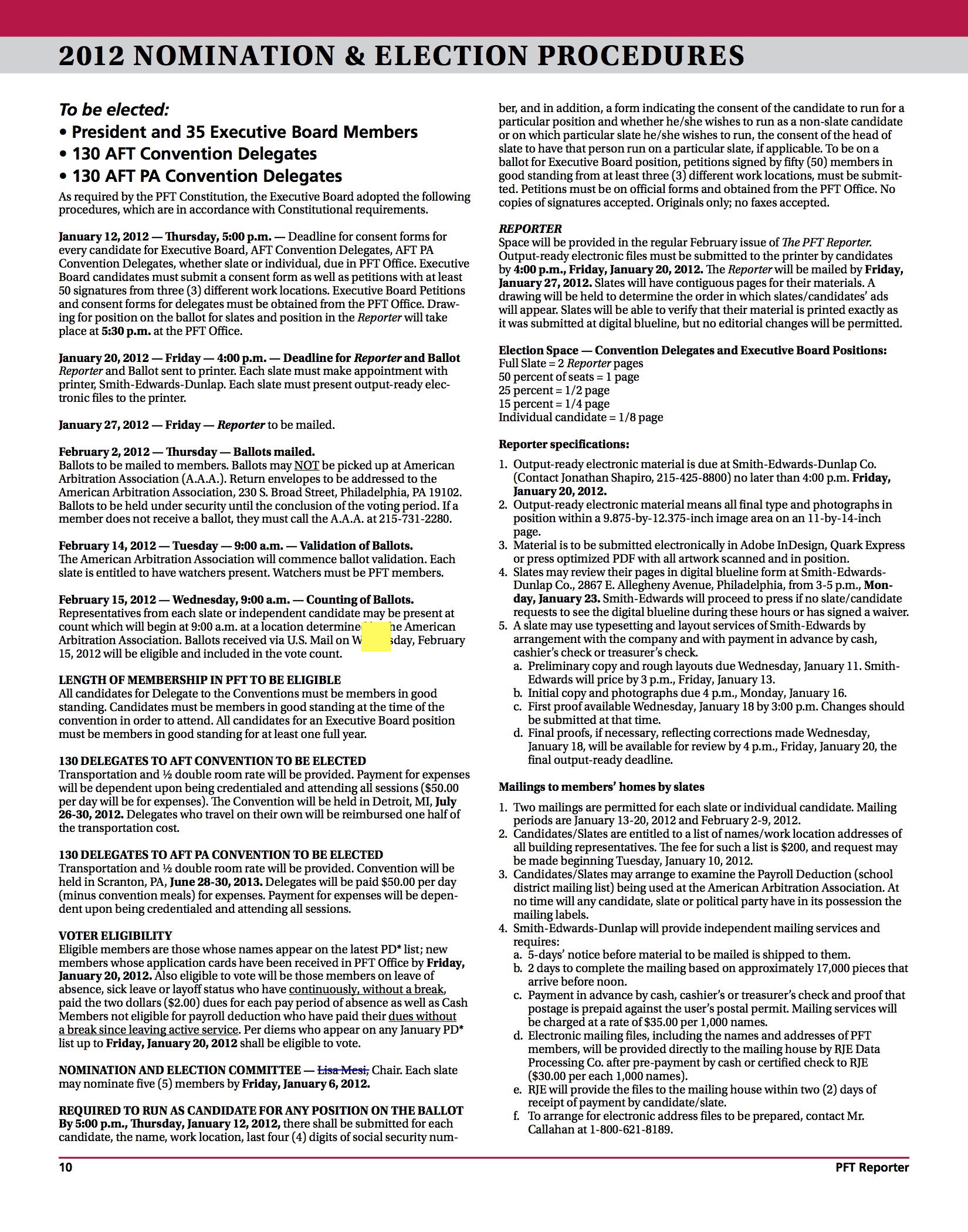