We Need A Democratic, Transparent Election

To all members of the PFT:

In September, the Caucus of Working Educators announced that we are running a slate of candidates for PFT leadership in the 2016 internal PFT election. Many PFT members don’t know anything about our electoral process, because they’ve never had a chance to vote in one--the current Collective Bargaining Team (CB Team) leadership has held office unopposed since 2004.

We want a democratic, transparent election process for all candidates and members. Unfortunately, as a union we are not there yet. Here are a few contested parts of the election process that every PFT member needs to know about:

PFT members and the Philadelphia Public school community have been suffering through many years of the undemocratic actions of the School Reform Commission. This PFT internal election can and must set an example for how democratic elections can empower and energize a community. That can only happen when members are allowed to freely engage with each other and exchange ideas openly. Any attempt to silence, alienate, or misinform our membership weakens our collective power.

All of us in the PFT must build on the incredible city and state electoral victories we all shared in on Tuesday by giving all of our members a voice in discussing, debating, and deciding the future of our union.

The Election Committee of the Caucus of Working Educators 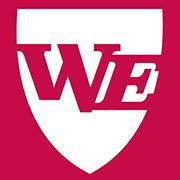